The latest single from the Icelandic folktronica musician's new album, Bury the Moon 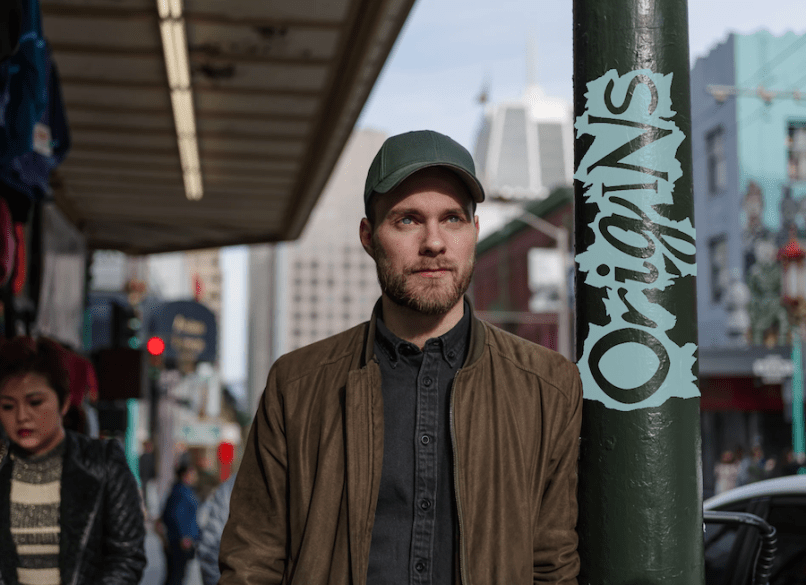 Origins is a recurring new music feature in which an artist must dig into the influences behind their newest track. Today, Iceland’s Ásgeir tells us what it takes to stir “Lazy Giants”.

With his 2017 sophomore record, Afterglow, Icelandic musician Ásgeir turned his sound down a slightly more poppy path than it had walked on his In the Silence debut. There were still the electronica touches and his warm falsetto, of course, only now they played in a larger field. The singer-songwriter has seemed to find a middle ground for his upcoming third full-length, Bury the Moon, as demonstrated on new single “Lazy Giants”.

Like the album’s lead track, “Youth”, this latest song finds Ásgeir returning closer to his folktronica roots. Yet there’s a richness here that certainly comes from his previous effort, synthesizers and horns wrestling with each other behind the building rhythms. The chords Ásgeir strums out appear simple, but as the undercurrent to the tumult of the other instruments, their understated drive keeps the anxiety from boiling over.

“Lazy Giants” comes paired with a music video from directors Guðmundur Kristinn Jónsson and Ásgeir Trausti Einarsson. In the clip, Ásgeir moves incrementally from rural landscapes to urban backdrops. Watch it below.

Bury the Moon (or Sátt in Icelandic) is due out February 7th. Ásgeir will tour Europe and the US behind the LP, and you can find tickets here.

For more on what it took to stir “Lazy Giants”, Ásgeir has dug into the song’s Origins.

We first recorded this song very differently, more like the demo that I recorded for the song a few years ago which I made when I was really into country music and especially Johnny Cash. But then decided to change it in the last days of the recording process. The structure of the song didn’t change but the driving instruments did, the drums first had this train beat going through the whole song and the main driving instrument was an acoustic guitar. We eventually changed the drum beat and had the main instrument be the piano so it wouldn’t sound so county-ish. But that was the first inspiration for the song. We have the first version of the song somewhere.

When the song was recorded we had recently bought a Yamaha upright piano which sounded very nice in an un-perfectly perfect way. And I got the idea of this other version of the song which ended up on the album when I was playing on that piano. We put a little bit of phaser on the piano because it felt right with the flow of the drums, and also because I love Tame Impala.

The lyrical thoughts behind the track came about when my friend Julius Robertsson was looking at the harbour in Reykjavik and thinking that there were big and fancy yachts there, thinking about how fast the city seems to be growing and the last time that happened it exploded in our faces.

Kurt Vile and Courtney Barnett — “Over Everything”:

We wanted to do something simple, something that we could pretty much do ourselves. The idea originally came after watching the video for the song that Kurt Vile and Courtney Barnett made together, song is called “Over Everything”. The simple idea of just a lot of different frames of me playing the song in different locations came from there. The video starts out in the country side and the locations get more urban as we get closer to the end of the song.