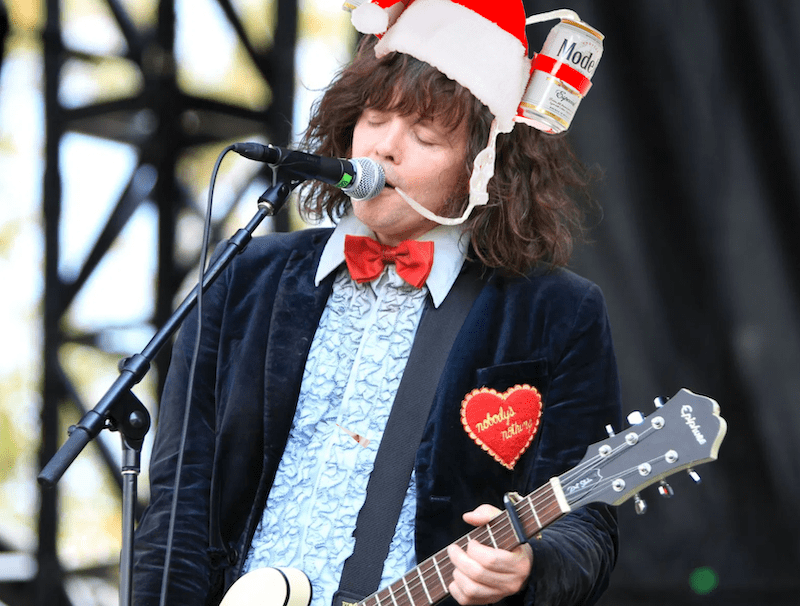 Beach Slang are not getting into the holiday spirit with their new track, “Jolly Liver”. Instead of running down their gifting wish list or caroling about the joys of togetherness, the sleazy rock song is more about drinking away another “dead-end year.”

“Ho, ho, ho, and all that junk/ There ain’t no halo hanging around this dump,” sings frontman Alex James. “II meant to be a saint/ I ended up a drunk.” Take a listen to “Jolly Liver” below.


The one-off track comes as Beach Slang are gearing up to release their new album, The Deadbeat Bang of Heartbreak City, which features Tommy Stinson of The Replacements playing bass. The band recently dug into the inspiration behind the LP’s newest single, “Tommy in the 80s”, for a Consequence of Sound Origins feature.

Beach Slang’s North American tour supporting the record launches in mid-March, and you can get tickets here.