Directed by the group's own Kevin Abstract 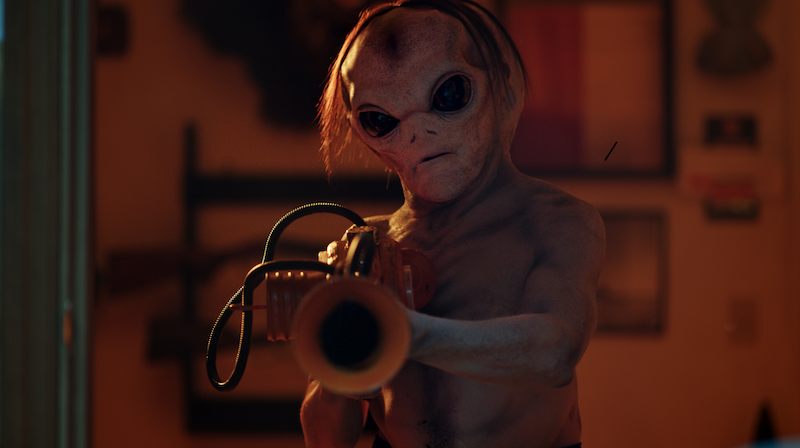 BROCKHAMPTON have made their GINGER single “SUGAR” something of a TV stable, performing it on both Fallon and Ellen. Now, they’ve made it into their latest music video, directed by the band’s own Kevin Abstract, no less.

The clip rolled out on MTV Live and MTV U earlier today, while also being screened on a Times Square billboard. That public display is a bit of a daring choice considering the video’s NSFW opening; it enters on two people having sex while a frowning cartoon sun looks on. Then there’s the creak of a door opening and… an alien shoots the guy in the head and starts singing Ryan Beatty’s part. Because sure.


From there it’s a bunch of seemingly incongruous scenes — Matt Champion rapping with the devil, Bearface laying on the floor while the green goo sticking Abstract to the ceiling drips on his face — that come together as only BROCKHAMPTON could have them.

Watch the “SUGAR” video below. BROCKHAMPTON are nearly finished with their North American tour with slowthai, but they have EU and Australia dates scheduled into the new year. Get tickets here for all their upcoming gigs, including appearances at Lollapaloozas in Brasil, Argentina, and Chile.