K-pop phenoms look to be hitting the road in April 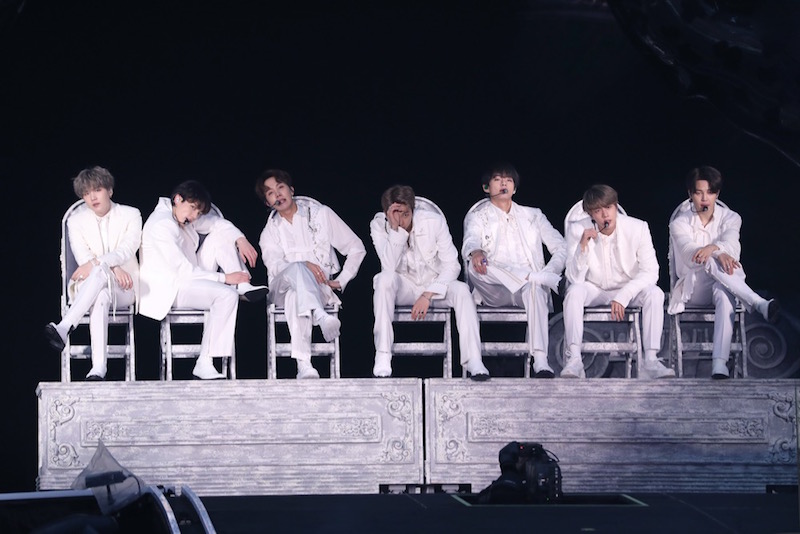 Update: BTS have announced their 15-date “Map of the Soul Tour” taking place this spring. Get details here.

It looks like BTS are going on tour in the new year. The K-pop group’s company, Big Hit Entertainment, posted a teaser on social media with the words “April 2020. Stay Tuned.” alongside a graphic that features what appears to be BTS members. Naturally, fans have begun speculating what it means.


The graphic shows seven people — the same number of members in BTS — with their shadows rippling in a pool of starry, purple-colored water and the word “TOUR” written at the bottom. As one Twitter user pointed out, the font matches that of Persona, their 2019 EP, and the extra doodles spawning off it make it look like an upside down Taurus symbol. That would seem random if not for another observant Twitter user pointing out that the zodiac sign in April is Taurus. Coincidence? The BTS Army think not.

A 2020 BTS tour will be big news given how epic this year’s trek was. Maybe they will have new music by then, too. After all, BTS recently teased a collaboration with Billie Eilish is in the works. Either way, this has been a huge year for the K-pop group, as they released one of the best albums of the year, one of the best songs of the year, and continued to out-do themselves onstage.

a continuation of persona but shadow instead?? their shadows in the reflection seems to mean something 👀#BTSisComing @BTS_twt pic.twitter.com/R07o6ZmmSm