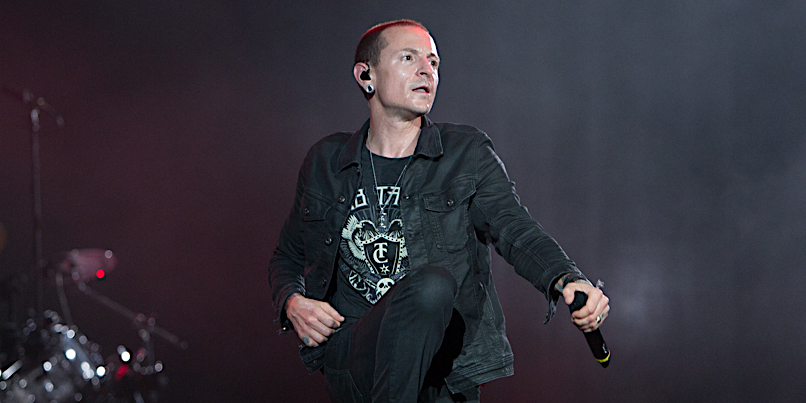 Prior to his massive success with Linkin Park, Chester Bennington cut his teeth as a young rock singer with the Arizona post-grunge band Grey Daze. Now, Chester’s widow, Talinda, reports that Grey Daze will issue a new album featuring the late singer’s vocals.

According to Talinda, Chester had planned on re-recording old tracks with Grey Daze shortly before his death in July 2017. The idea was to eventually put out a release and play a 20th anniversary show that fall.

While the project was put on hold upon Chester’s tragic passing, his old Grey Daze bandmates eventually did finish re-recording the music, and will release an album using Chester’s vocal tracks.

“One of Chester’s greatest gifts was music. The only thing he took more pride in was being a father to his children. Given how much he cared, he wanted fans to hear everything he did, and his musical journey started with Grey Daze.

In February 2017, Chester and his bandmates began re-recording their music for a planned re-release of the band’s early music and by June, he announced that Grey Daze was reuniting and would be playing a 20th anniversary show that fall. He was so enthusiastic about doing this, he was eager to play rock music and there were messages in those songs he knew would be meaningful to fans.

It also meant a lot to him to be working with his Grey Daze bandmates, Sean Dowdell (with whom he had a very special friendship, and was a business parter in Club Tattoo) along with Mace Beyers, and Cristin Davis. He’d known them more than half of his life.

When Chester passed away, Grey Daze’s reunion seemed like an afterthought to everyone involved, they were suffering, I was suffering, and there were way too many emotions to work through before we could even think about what would happen to that project.

Once the clouds lifted a bit, once we could focus on what Chester would want us to do, we looked for a way to continue what Chester was working on, the things he was proud of and wanted to share with his fans. The Grey Daze project is one of the ways we can continue to tell Chester’s story and connect with his fans.

Through our foundation, 320, I endeavor every day making sure Chester’s legacy shines a light for positive change. For us, releasing a new Grey Daze album will shine a light on where my husband started and hopefully give fans a better understanding of his art and a more full picture of his journey through this incredible music.”

Earlier this year, it was reported that Chester’s son Jaime had recorded with Grey Daze, with the band stating he “sounds a lot like his father.” Other contributors revealed at the time included Korn guitarists Brian “Head” Welch and James “Munky” Shaffer, as well as Bush’s Chris Traynor and P.O.D.’s Marcos Curiel.

Chester left Grey Daze in 1998, joining Linkin Park (then known as Xero) in 1999. As of now, no further details regarding the upcoming Grey Daze album have been revealed.