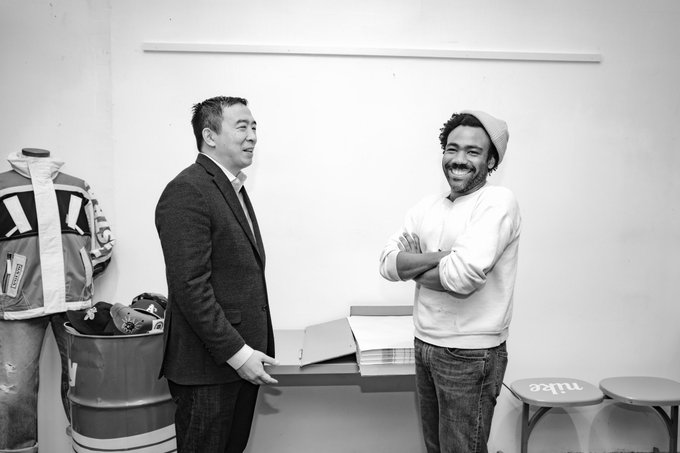 According to a press release, Glover has taken on a “creative consultant role” on the campaign and already designed several pieces of campaign merch. Limited edition sweatshirts, hats, and posters created by Glover and signed by Yang were sold at a pop-up store in downtown Los Angeles on Thursday.

Had a blast with Donald Glover today! Big thanks to everyone who came out in L.A.! pic.twitter.com/hk87FuArsS