Festival of the Year Bonnaroo Evolved and Triumphed in 2019 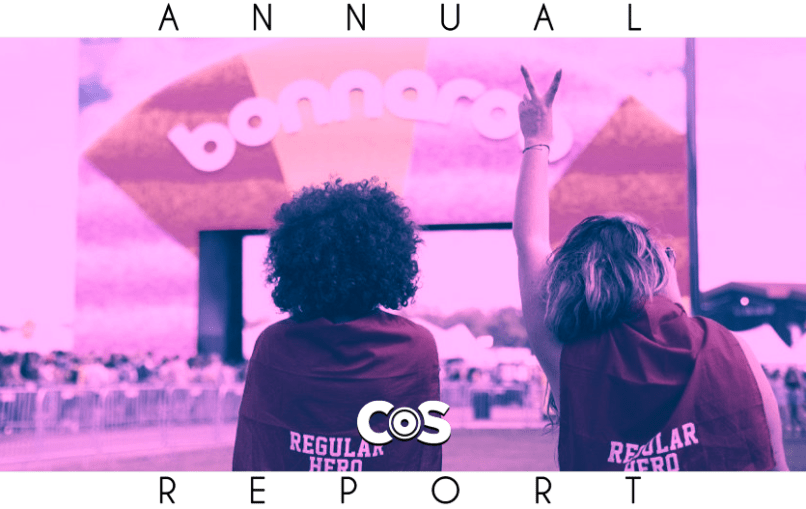 Bonnaroo 2019, photo by FilmMagic/FilmMagic for Bonnaroo Arts And Music Festival

We continue our celebration of the very best music, film, and television of the year today with the unveiling of our 2019 Festival of the Year.

Just last year, we at Consequence of Sound announced “The End of Bonnaroo As We Knew It.” The once great festival, born at the beginning of a millennium, seemed to experience a loss of identity as well as plummeting ticket sales in recent years. However, in 2019, we were happily proven wrong and can proudly proclaim that Bonnaroo is not only alive and well in Manchester, Tennessee, but worthy of the title Festival of the Year!

(Read: Phishing for a Future: The Ongoing Evolution of Bonnaroo)

A singular silver bullet or magic potion can’t be pinned as the reason for this turnaround, but a solid lineup (featuring headliners Phish, Childish Gambino, and Post Malone), a devotion to unique experiences, and Bonnaroo’s reliable reputation and devoted fanbase created the perfect storm for a sellout crowd in 2019. For many festivalgoers, Bonnaroo feels like home, as Jeff Cuellar (Vice President of Strategic Partnerships) tells me on the phone: “Even when you can’t make it every year, there still is this calling for home.”

Bonnaroo’s distinct locale, halfway between Nashville and Chattanooga, offers the perfect opportunity for music fans who just need to escape the bustle of city life. “Unlike a Coachella or Lollapalooza, where you’re competing against a city, you come to Bonnaroo and you’re immersed in our environment,” Cuellar says. Indeed, Bonnaroo does an impeccable job of catering to its global audience while maintaining the specific appeal of Tennessee’s rich farmland and history of music. Cuellar shares, “On the farm, we get to celebrate that great music doesn’t have to come from a city center. Great music can come from creative people anywhere.”

In that spirit, Bonnaroo champions artists and experiences from all over, whether it’s the Grand Ole Opry show performed live from the farm on Thursday night or British rapper Little Simz whose early-Saturday performance set a high bar for energetic, razor-sharp hip-hop performances, which also included Cardi B, the late Juice WRLD, Gucci Mane, SABA, and so many more.

Hip-hop was a big winner in 2019, as Bonnaroo’s booking team finessed the generational divide the festival is now experiencing. “We’ve never been a jam band festival,” Cuellar assures me, though the genre has certainly informed Roo’s identity since the beginning. “We are a great live music festival. We strive to put artists on stage that are known for bringing down the house, whether that’s EDM, hip-hop, jam, jazz, you name it.” While many festivals would either cater to their day one attendees or try to connect with a new generation, Bonnaroo strikes a perfect balance, offering an incredible lineup for both.

At the middle of this balance was Childish Gambino, whose headlining performance was as timeless as it was timely. Requesting that the audience put away their phones for the night, the commanding Donald Glover opened the night by pleading, “Feel some shit with me. Because tonight is church, and I am not playing around.” From its strong beginning to the closing fan favorite “Redbone”, Gambino flexed every bit of talent in his arsenal, captivating the weekend’s biggest crowd with emotional and spiritual perfection.

Even if you missed the weekend’s biggest performance, it was impossible to be disappointed. From Brandi Carlile to Solange to The National and more, the lineup was jam-packed with stellar performances and experiences worth the price of admission. “Everybody’s adventure is different,” says Cuellar, who is especially thrilled with the development of campground plazas scattered across the 650-acre farm. “Before, people out in the campgrounds felt the support and activation wasn’t there. Now, we’re giving that space back to the people, and we’re having a lot of fun with that.” The campground’s 10 plazas offer everything from surprise DJ sets, massages, yoga, and dozens of other experiences that don’t even require you to walk to the main venue.

The devotion to fan experiences set Bonnaroo above the fray in 2019, and they don’t have any plans of slowing down. Cuellar hopes that Bonnaroo radiates positivity year-round, not just for a weekend in June. “As the producers of the event, we need to practice what we preach. To me, while it’s not our responsibility to pursue philanthropic efforts, I think it’s part of our nature and the core of the festival to say, ‘We have the opportunity to inspire people to create change and do good.’ For example, I heard from HeadCount, [a non-profit organization promoting participation in democracy], that Bonnaroo got more signups to get people out to vote than any other festival.”

Cardi B, photo by Jeff Kravitz/FilmMagic for Bonnaroo Arts And Music Festival)

As Bonnaroo looks toward the future, a willingness to embrace change within themselves and promote it in the world around them remains at the core of their mission. For example, Cuello says, “Sustainability has been part of our core since the very beginning, with us providing free water stations and compostable products. In 2019, we’re making some aggressive moves to continue that effort moving forward. While we are putting amazing artists on the stage, we do understand our place within the world and where we have the ability to positively affect change.” Bonnaroo is thriving as it continues to radiate positivity in a world desperate for it. The stellar music is just a giant cherry on top.