The streets are made of music in first trailer for Lin-Manuel Miranda’s In The Heights: Watch

From John M. Chu, the director of Crazy Rich Asians 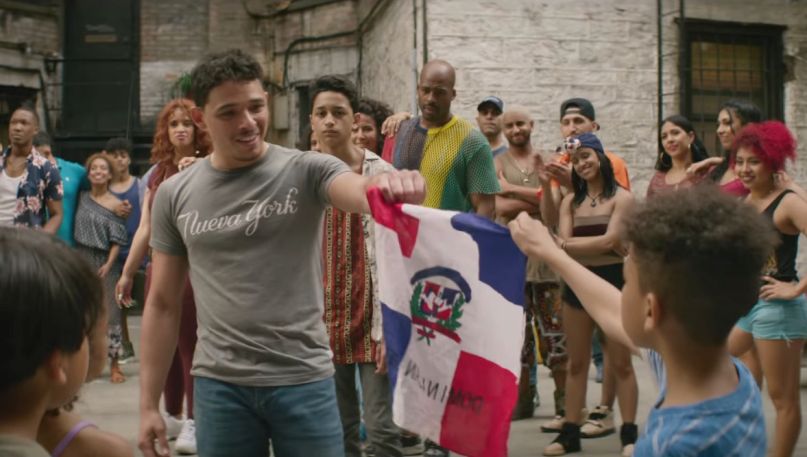 In the Heights (Warner Bros. Pictures)

Before Hamilton swept the world, Lin-Manuel Miranda nearly swept the 2008 Tony Awards. His first Broadway musical, In The Heights, took home four of the biggest awards, including Best New Musical and Best Original Score. Now that beloved hip-hop musical is coming to theaters this summer in a new adaptation from John M. Chu (Crazy Rich Asians). In the first trailer, as our narrator says, “The streets are made of music.”

Chu’s vision of Washing Heights is saturated with color, from the gold-soaked summer sun to pool waters as blue as a tropical sea. The film stars Anthony Ramos as the narrator Usnavi de la Vega, and features performances from Jimmy Smits, Daphne Rubin-Vega, Marc Anthony, Lin-Manuel Miranda, and more. Watch the full trailer below.


For those unfamiliar with the story, here’s a quick synopsis:

“In the hispanic community of Manhattan’s Washington Heights, bodega owner Usnavi is dating Vanessa, who works in a beauty salon. He dreams of opening a bar in his home country, the Dominican Republic. Nina loves Benny, a shy young man who has worked for Nina’s parents for years, but her father opposes their union because he wants Nina to finish her education at Stanford University. She doesn’t want her father to bankrupt himself paying for the expensive school, but her father is prepared to sell his car-service business. ‘Abuela’ Claudia, who raised Usnavi after the death of his parents, wins $96,000 in a numbers game.”

Look for In the Heights in theaters beginning June 26th, 2020.

This fall, Miranda’s improv show Freestyle Love Supreme strutted onto Broadway. Performances run through January at the Booth Theatre and you can get tickets here.

Meanwhile, stagings of Miranda’s Hamilton continue to take place across the US. If you’ve yet to see it, grab your tickets now.