Taken from FlyLo's latest album Flamagra, one of the best of 2019 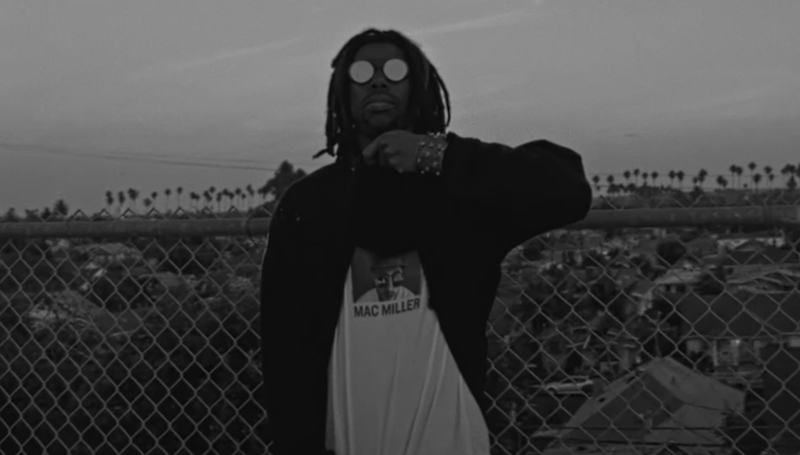 Flying Lotus has unboxed a new video for “Black Balloons Reprise”, his collaboration with Denzel Curry. The single is taken from FlyLo’s Flamagra, which Consequence of Sound recently named one of the Top 50 Albums of 2019.

Directed by Jack Begert, the black-and-white clip sees FlyLo and Curry navigating a surreal alternate reality of South Los Angeles. There are, of course, black balloons to be found everywhere, bursting and floating in the sky. Curry himself also appears to turn into a balloon that wanders through basketball courts, parks, and gas stations. The Florida rapper is also seen with devilish horns and other freakish physical features.

FlyLo pops up more prominently toward the end of the visual, and in the closing scene, he shows the camera his t-shirt dedicated to Mac Miller. FlyLo and Miller were both close friends and collaborators up until Miller’s death in 2018. FlyLo revealed earlier this year that Miller had recorded his own version of “Black Balloons Reprise”.

Director Begert discussed the clip in a statement,

“This is such a special project to me because it’s rare to work with an artist like Flying Lotus that truly has no creative boundaries. The same goes for Denzel. The two of them build such distinctive worlds with their visuals — I had a great time blending them together.”

Watch the video below. Grab tickets to all of FlyLo’s upcoming shows here.