Run the Jewels and ASAP Rocky also contribute to the soundtrack 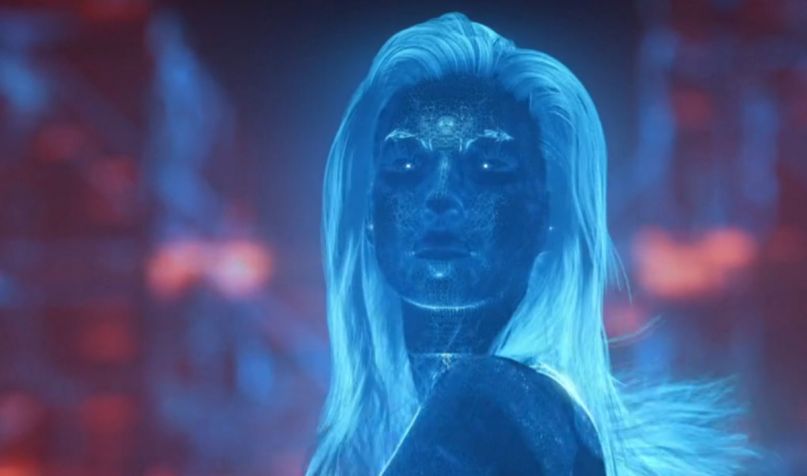 Hype for the upcoming video game Cyberpunk 2077 has been steadily building since developer CD PROJEKT RED delivered a first peek over the summer. Not only does the futuristic open-world RPG just look freakin’ awesome, it features an impressive cast of celebrity contributors. Keanu Reeves stars as Johnny Silverhand, lead singer of the in-game band SAMURAI, whose music is brought to life by Refused. It turns out the Swedish punks aren’t the only musicians involved; Grimes has revealed that not only is she contributing a new song, “4ÆM”, to the soundtrack, but she’s voicing one of the characters.

Grimes announced the news at The Game Awards on Thursday night , during which she gave the live debut to “4ÆM”. In the world of the game, the track belongs to Lizzy Wizzy, a cybernetic pop megastar — whom Grimes happens to voice. Take a look at her performance below.

Get ready to be transported to a @CyberpunkGame future with a performance by @Grimezsz at #TheGameAwards! 🤖 pic.twitter.com/GizjHAccpc

In fact, every musician featured on the soundtrack will have a corresponding fictional band or artist in Cyberpunk 2077. While this doesn’t necessarily mean they’ll be providing dialogue, they will be delivering brand new songs for digital performers. In addition to Grimes and Refused, contributors include Run the Jewels, ASAP Rocky, Gazelle Twin, Ilan Rubin, Richard Devine, Nina Kraviz, Deadly Hunta, Rat Boy, and Tina Guo. All of these acts talk about working on the game in a new video featurette, “Cyberpunk 2077 – Behind the Music”. Watch it beneath Grimes’ Game Awards appearance ahead.

(Read: Why Hollywood Can’t Figure Out the Video Game Movie)

Hopefully more songs from Cyberpunk 2077 will be revealed in the coming months. Otherwise, you’ll be able to hear them all when the game hits PC, Xbox One, and PlayStation 4 on April 16th, 2020. Pre-order your copy now.

Meanwhile, Grimes is gearing up for the February release of her long-awaited new album, Miss_Anthrop0cene. She’s so far shared the singles “Violence”, “So Heavy”, and “My Name is Dark”. That first track was named one of the best songs of the year, which has only heightened anticipation for the full-length.