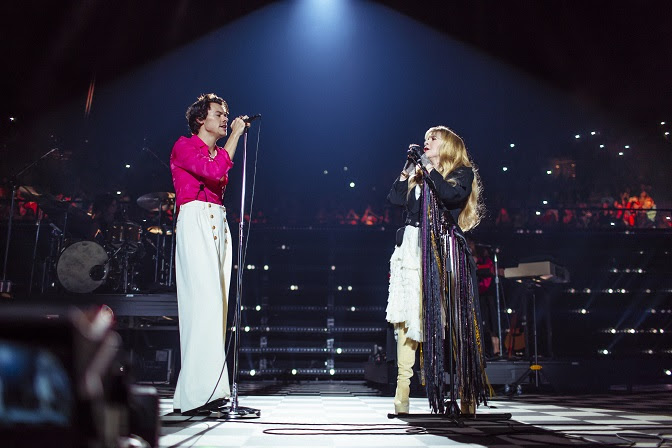 Harry Styles celebrated the release of his sophomore solo album, Fine Line, with a sold-out one-night only concert at the Forum in Los Angeles on Friday night.

The pop singer delivered a full album performance of Fine Line, singing many of the songs live for the first time. He then returned to the stage for a four-song encore, which was highlighted by a surprise on-stage collaboration with Fleetwood Mac’s Stevie Nicks, who joined Styles to sing “Landslide”. The encore also included a performance of One Direction’s “What Makes You Beautiful” and a cover of Paul McCartney’s “A Wonderful Christmastime”.


Watch fan-capture footage and see the full setlist below. Next year, Styles will embark on the lengthy “Love On Tour” with shows in the US, Canada, Mexico, the UK, and Europe. You can find tickets to all of the upcoming dates here.