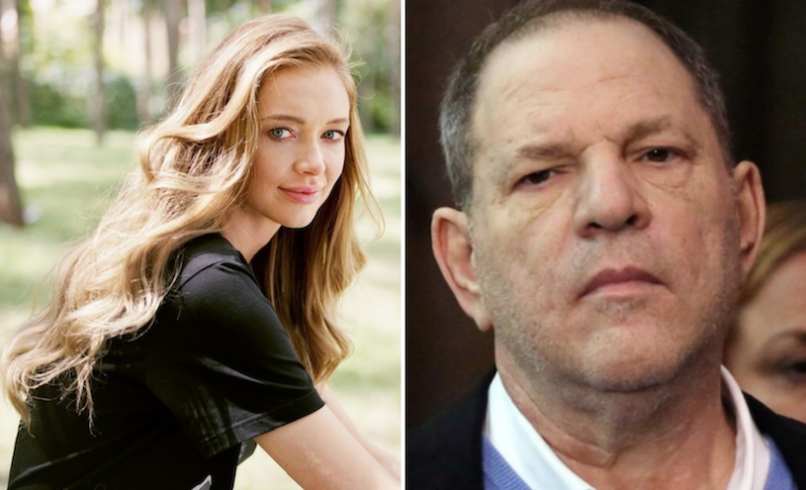 Last week, Harvey Weinstein reached a tentative $25 million settlement with over 30 women who had accused him of various levels of sexual assault and harassment. With all the money coming from insurance companies and no admission of guilt, many viewed the deal as overly favorable to the disgraced Hollywood producer. A few accusers chose to walk away from the deal, and now one of them is suing Weinstein for sexually assaulting her when she was just 16.

Kaja Sokola, a Polish women who moved to the US in 2002 to pursue modeling, was initially part of a class action suit against Weinstein. She claims she met the producer at an agency event and was invited to meet him for lunch to discuss a potential acting career. Instead, a driver took her to Weinstein’s SoHo apartment where “he terrified and sexually abused her,” according to the lawsuit.

Weinstein then allegedly told Sokola that success in Hollywood would mean “losing her inhibitions and getting naked.” He then told her to “take off her clothes” and “touch herself,” going on to remove his own pants and forcing her to touch his penis as he “grabbed at her breasts.”

Though the alleged incident occurred 17 years ago, Sokola filed the suit under New York’s new Child Victims Act, which extends the statute of limitations for abused children to bring a claim. Bob Weinstein, Miramax, and Disney (which previously owned Miramax) also face negligence claims in the suit for allegedly enabling and protecting Weinstein.

Sokola told The Los Angeles Times she “cannot accept the proposed ‘global settlement’ as fair or just,” referring to the deal Weinstein struct that would see no victim receive more than $500,000. She continued,

“There is no accountability for the perpetrators, insufficient compensation for all of the victims, and millions of dollars going to people that I believe enabled Weinstein… I know that this lawsuit cannot erase the pain that I have been living with for 17 years. But I do hope to achieve at least some measure of justice that has still been denied to Harvey Weinstein’s many victims.”

Sokola isn’t the only one still going after Weinstein. Producer Alexandra Canosa and actress Wedil David also stepped away from the larger settlement to pursue their own civil cases (with the latter represented by Sokola’s lawyer, Douglas Wigdor). In a few weeks, Weinstein is also set to face trial for the sexual assaulting and raping two women. charges that could land him 25 years in prison.

Meanwhile, Weinstein contends that his “work has been forgotten” in light of the dozens of accusations against him. “I made more movies directed by women and about women than any filmmaker, and I’m talking about 30 years ago,” he recently said. “I’m not talking about now when it’s vogue. I did it first! I pioneered it!” He’s also reportedly pioneered faking the need for a walker to evoke sympathy from the court.