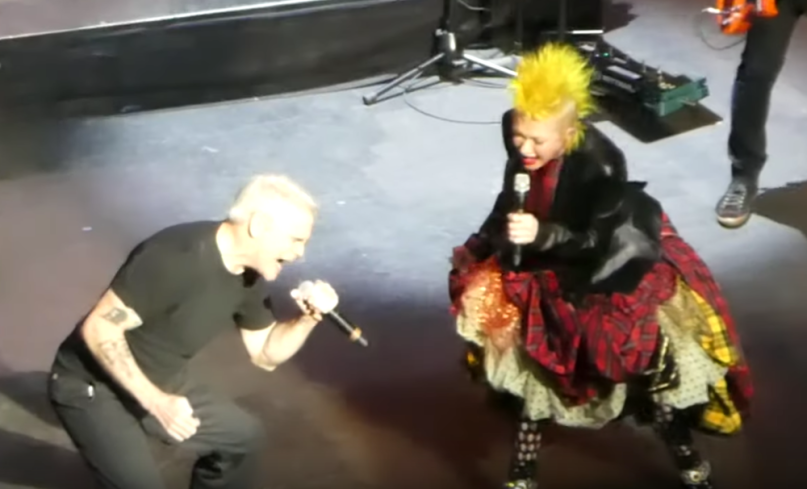 Cyndi Lauper knows how to have fun, and she’s been inviting her celebrity friends to join her in doing so at her annual benefit concert Home for the Holiday. This year’s show included performances from Brandi Carlile, Marilyn Manson, Kesha, King Princess, and more to raise money for Lauper’s LGBTQ nonprofit True Colors United. But by far the best moment was her cover of Black Flag’s “Rise Above” with none other than Henry Rollins.

Lauper took the stage dressed in a red plaid dress, black leather jacket, and a yellow spiked mohawk, already one-upping Rollins in his usual all-black outfit. The two launched into the song with menacing growls, jumping around the stage and facing one another while they shouted the verses. The performance was energizing and deeply endearing all at once. Thankfully one fan, who goes by Brian James on Youtube, caught it all on camera. Watch his replay of their performance below.

Even better, Rollins introduced the song with a very heartfelt and uplifting speech. “I was in a band and that band had a song that talked about never relenting. It talked about going into insurmountable odds without fear and knowing that you’re going to win because you’re right,” he said. “I think this is the perfect soundtrack, albeit short, for tonight. I would not dare to sing it alone when I have the option to sing it with my very talented friend, the very lovely Cyndi Lauper.”