Hugh Laurie is your space captain and everything’s fine in first trailer for HBO’s Avenue 5: Watch 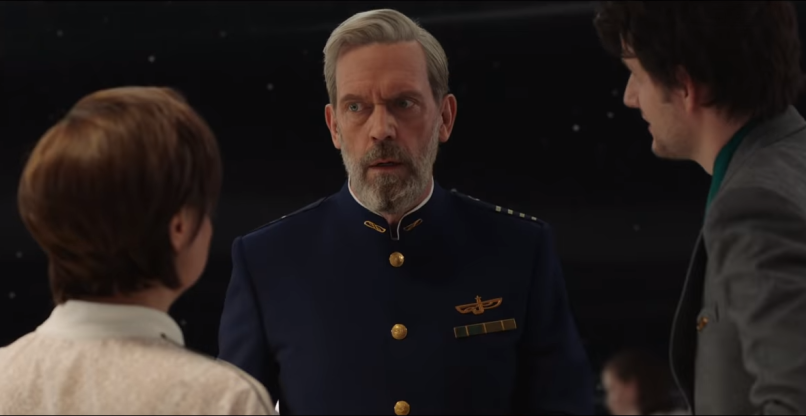 Today brings our first look at Veep creator Armando Iannucci’s new comedy for HBO. Avenue 5 stars Hugh Laurie as captain of a space tourism vessel, and in the newly unveiled first trailer, he is in a hurry to assure you that everything is fine.

Laurie stars as Ryan Clark, American captain of the Avenue 5, and the man tasked with keeping order as the ship begins to malfunction. The prestige comedy comes with a stacked cast, including Josh Gad of Frozen as the billionaire owner of the space ship, and Zach Woods from Silicon Valley as the vessel’s Head of Customer Relations. Some of the guests are played by veteran sitcom actor Suzy Nakamura and Iannucci-regular Rebecca Front. Himesh Patel joins the cast as a stand-up comedian with an eight-week residency on the ship, and Nikki Amuka-Bird, Lenora Crichlow, and Ethan Phillips seem to be some of the space experts who will try to get the ship home. Watch the first trailer below, and look for its series premiere on January 19th, 2020.

While Hugh Laurie is British, he continues to land roles requiring an American accent. Earlier this year, he played Major — de Coverly in George Clooney’s adaptation of Catch-22.

Armando Iannucci’s most recent project, the 2018 satire The Death of Stalin, was one of our Top 25 Dark Comedies of the 2010s.