Julia Louis-Dreyfus and Will Ferrell hit the slopes in Downhill trailer: Watch 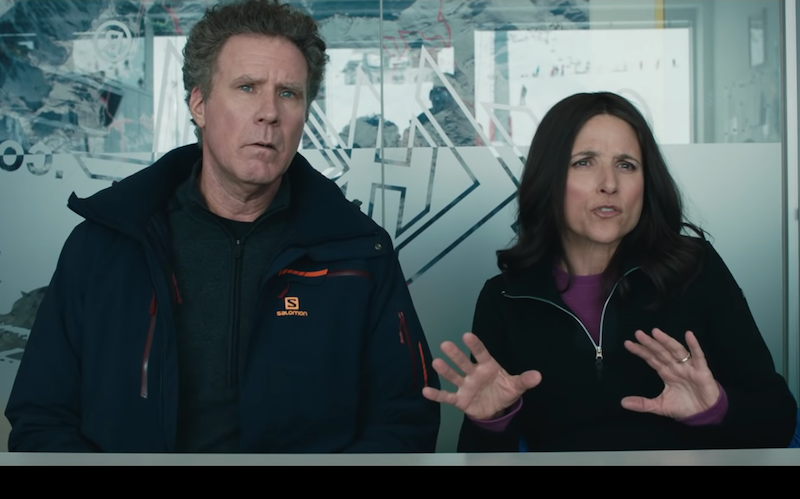 Julia Louis-Dreyfus is the queen of small squabbles that turn into massive fights, a la Seinfeld, which makes her the perfect actor to play opposite Will Ferrell in the new film Downhill. In our first look at the movie, the co-stars take a ski trip that ends in an escalating argument after an avalanche nearly wipes out their family.

While on vacation with their kids, Pete (Ferrell) and Billie (Louis-Dreyfus) get caught up in minor tiffs while they try to enjoy their time in the Alps. During a break from skiing, they eat a meal on an outdoor balcony only to see a far-off avalanche approach to swallow their building in a thick cloud of snow. While Billie shields the kids, Pete grabs his phone and runs. And so the big row begins.

If that description sounds familiar, it’s because Downhill is an American remake of the 2014 award-winning Swedish film Force Majeure. Like the original, Downhill is a dramatic look at the consequences of our fight-or-flight response. While Force Majeure was a more minimalist dark comedy, it looks like this remake is aiming for more obvious laughs, turning every awkward moment and burst of self-consciousness into a perfectly timed joke.

Kristofer Hivju, best known as Tormund Giantsbane from Game of Thrones, also stars, as do Zach Woods, Zoë Chao, and Miranda Otto. To add to the humor of it all, this film about a relationship on the icy rocks will hit theaters on February 14th. Read into that what you will.

Watch the trailer, which opens with Dave Brubeck’s “Unsquare Dance” (familiar to fans of Baby Driver), below.