Or, what happens when Silver Surfer and Tobias Fünke become your fashion muses 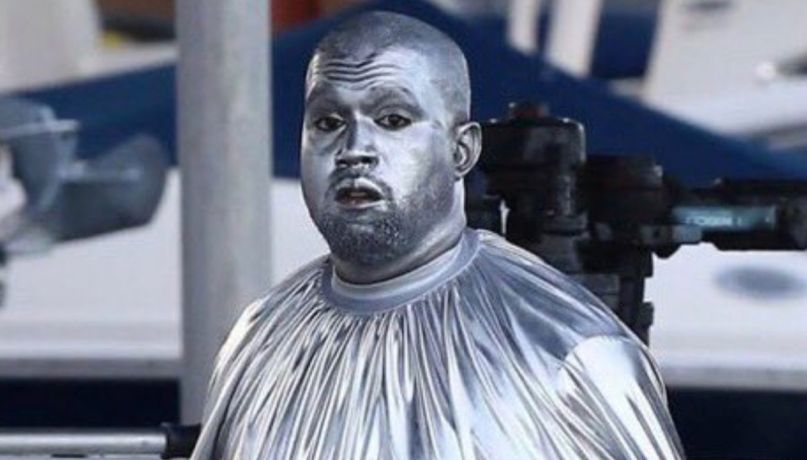 Kanye West at premiere of Mary, photo via PopCrave

What happens when Silver Surfer and Tobias Fünke become your fashion muses? Kanye West may not have blew himself for the debut of his latest opera, but he sure as hell painted his entire body in metallic silver.

The hip-hop eccentric staged his sophomore opera, Mary, at the Miami Marine Stadium as part of the final day of Art Basel on Sunday. According to Pitchfork, the opera told the Christmas nativity story through Gospel arrangements of Kanye’s own songs, including “Devil in a New Dress”, “Love Lockdown”, and “Power”, as well as more traditional Christmas fare.

For reasons not particularly clear, the production also called for Kanye to coat himself and his entire Sunday Service gospel choir, from head-to-toe, in silver. See photos of the hip-hop emperor’s new clothes and footage from the performance below.

Mary marks the second opera Kanye has staged in the last month. Previously, he debuted Nebuchadnezzar at the Hollywood Bowl in Los Angeles to mixed reviews.

right so i just saw kanye west do his opera in miami and then i went and met chance the fucking rapper PARDON??? pic.twitter.com/5L7DkaH5Gz