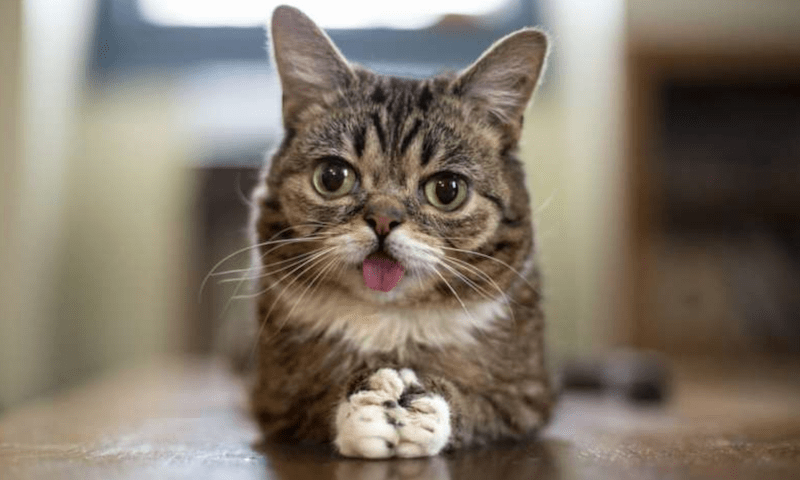 Although celebrity kitty cat Lil Bub is no longer walking the earth, she may soon be watching over us from up above — literally. The late feline’s caretaker, Mike Bridavsky, is hoping to launch Lil Bub’s ashes into space.

As TMZ reports, Bridavsky plans to launch a satellite carrying Lil Bub’s remains up into orbit so that she’d forever be keeping an eye on her fans. Bridavsky is banking on help from Purdue University, which operates an aerospace program and whose animal hospital Lil Bub frequented.

Bridavsky is also brainstorming various ways for fans to stay involved in Lil Bub’s afterlife in the sky. “Bub’s human says he wants to link her satellite to a website so people can track the cat’s location over Earth,” writes TMZ, “and he even hopes to install a live feed on the craft so people can see Bub watching over them.”

What’s more, Bridavsky may use the satellite project to carry on Lil Bub’s fundraising efforts. He’s envisioning a system in which donors’ money would be automatically withdrawn from their bank accounts every time Lil Bub’s ashes complete a full rotation around the Earth.

If Purdue University can’t step up, perhaps Jack White could? The Detroit rocker knows a thing or two about launching things into space.

Lil Bub passed away last Sunday at the age of eight. The internet sensation and collaborator to Run the Jewels and My Morning Jacket’s Jim James had been suffering from an aggressive bone infection.