Plus, the rapper demonstrates the song's corresponding dance moves 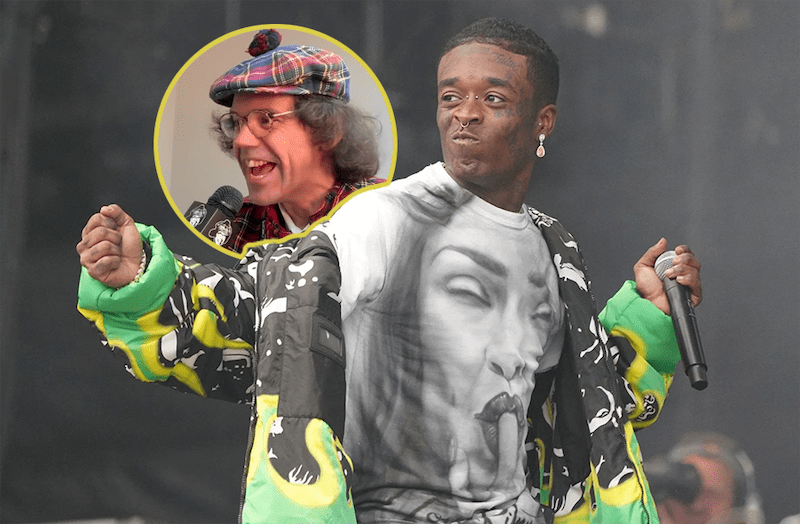 Lil Uzi Vert has a habit of running away from kooky Canadian interviewer Nardwuar anytime the Human Serviette gets too real with his questions. Now, however, it seems the rapper would rather be dancing alongside the comedic correspondent, as he features Nardwuar on his new single “Futsal Shuffle 2020”.

The track ends with a “doot doola doot doo, doot doo!” snippet from one of his short interviews with Nardwuar, but it’s the stuff in the middle that he hopes gets fans moving. Lil Uzi Vert has been teasing “Futsal Shuffle 2020” since last month, promising that his new dance was going to “take over” next year. He even posted a video on Twitter demonstrating the moves. It’s mainly a lot of side-kicking and stepping, all in time to the electronic techno squiggles that occupy most of the track.

The new song is the latest from the Philly MC this year as label drama holds up his much-delayed Eternal Atake LP. Past tracks include “Free Uzi” and the TM88 collaboration “Slayerr”. Album or no album, Lil Uzi Vert will appear at Rolling Loud Festival in Los Angeles this weekend, and you can get tickets here.

The Single that I’m going with From Eternal Atake is a Dance Record called FUTSAL ⚽️🔥.

THE FUTSAL SHUFFLE WILL TAKE OVER 2020 ®️