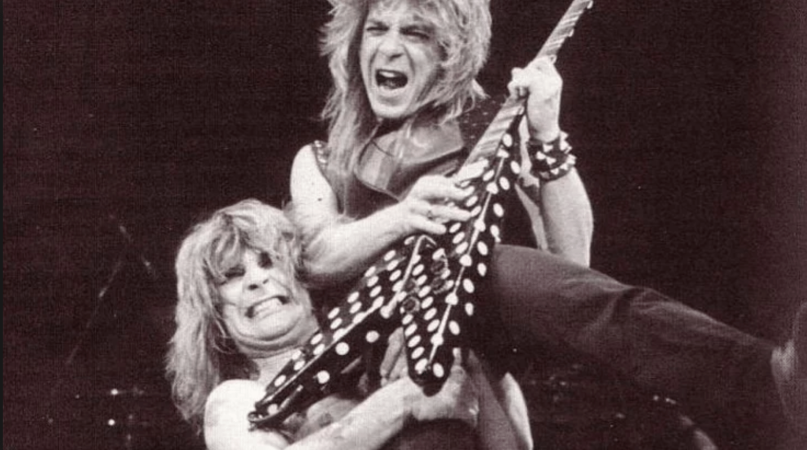 Ozzy Osbourne is offering a $25,000 reward for information leading to the recovery of stolen gear and memorabilia that belonged to the late guitar virtuoso and Osbourne’s original guitarist Randy Rhoads.

The Musonia School of Music in North Hollywood — where Rhoads taught guitar — was tragically robbed on Thanksgiving Night, and the thieves made off with invaluable artifacts including Rhoads’ first electric guitar. The school was founded by his late mother Delores over 70 years ago.

Osbourne posted a statement on Facebook regarding the robbery and his offer to reward whoever can help with the return of the gear and persecution of the thieves, with a full list and photos of what was taken:

“As many of you have heard, the Musonia School of Music in N. Hollywood, CA (the school where Randy Rhoads famously taught guitar) was viciously robbed on Thanksgiving night.

Musonia was run by Randy’s late mother, Delores, and after his death 37 years ago, the school became something of a pilgrimage to his fans from all over the world. It is a place where the Rhoads Family happily opened their hearts to share the life of Randy.

As you can imagine, the items that were stolen, including Randy’s first electric guitar, are irreplaceable to the Rhoads Family.

I am heartbroken that these treasured physical memories of Randy and Delores have been taken from the family so I’ve decided to personally offer a $25,000 reward for information leading to the arrest and conviction and/or return of all stolen items.

For information regarding the theft or return of these items please contact: Nick D’Argenzio Phone: 818-281-7893 E-Mail: nickdargenzio@gmail.com

Here is a list and images of the items that were taken:

-Randy Rhoads Series Marshall Head, Rare Prototype No. 1 or 2 given to the family by Marshall Company.

-Delores Rhoads’ First Trumpet, a Prewar/Great Depression Era Silver Fresh Besson Trumpet. This was given to her as a child by her medical-doctor father in exchange for medical services as a barter during the great depression. This subsequently sparked Delores Rhoads’ long-lived music career.

-40 years of fan gifts to the Rhoads Family, memorabilia, all photos of Randy Rhoads, the Osbournes, Delores Rhoads, and miscellaneous instruments were taken. The photo shown in the main room was cleared out.”

Needless to say, it’s a tragic event for the Rhoads family, with Randy’s brother Kelle Rhoads telling The Metal Voice, “it’s sickening to even think about it.” He also said that the school’s elaborate wood cabinetry was strategically vandalized.

“If anybody has been here,” he said, “they’ll recognize we had beautiful wood cabinets and the ones in the grand salon had glass in them. Well, these people didn’t break any glass, but they took a crowbar and a chisel to the wooden cabinets and just completely disfigured the drawers. … They spent some time here; they even turned one of the heaters on so they’d be warm while they were robbing us blind.”

Kelle currently runs Musonia and explained that they planned to turn the school into a museum dedicated to Randy, but that it’s just an “empty shell” right now. Considering the specificity of the items taken, Kelle believes the culprits are fans.

“They took too much stuff that was just related to Randy,” he said. “They had to be fans. They knew what they were looking for. Now, one thing that’s really scary is what if they were hoarders and they just want to own it so they won’t resell it and put it out. … We were planning on making a museum here dedicated to my brother and my mom and there’s nothing left to put in the museum. Right now, of course, we’re still giving lessons, but everything else is just done.”

Hopefully with Ozzy’s help, knowledge and exposure of the news of the robbery will help in the return of the priceless items. Any information regarding the theft can be directed to the aforementioned contact info in Osbourne’s statement. See pictures of the missing memorabilia below.