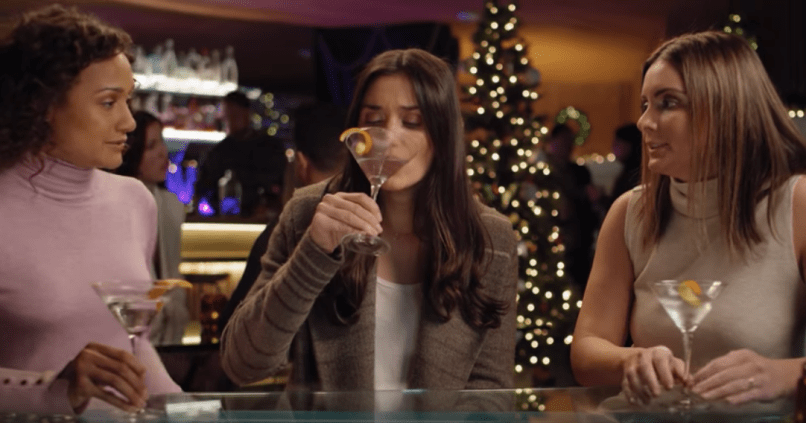 From the commercial "The Gift That Doesn't Give Back"

Over the past week, a holiday ad for the exercise bike Peloton has stirred up quite the controversy. This is partly because it’s about a husband gifting his wife an exercise bike, which is kind of rude as far as Christmas gifts go, but mostly it’s because the entire time she’s using the Peloton the woman seems scared and in pain. It’s like a commercial for trapping your spouse in a Saw movie. Yesterday, Ryan Reynolds and his Aviation Gin company responded to Peloton with a commercial of their own. It stars the same actress, Monica Ruiz, and boy does she need a drink.

Reynolds tweeted out the ad with the words, “Exercise bike not included.” The commercial, which is called “The Gift That Doesn’t Give Back”, opens on a traumatized Ruiz staring blankly into the distance. Her friends at the bar assure her that, “You’re safe here,” and watch as she downs a whole martini in seconds. The entire ad is pretty funny, even ending with a friend’s murmured, “You look great by the way!” Watch the full commercial below.

Ryan Reynolds’ next projects will also come to you on the small screen, although they’ll have blockbuster budgets. His international art thief caper Red Notice and his Michael Bay-directed 6 Underground are both slated for Netflix.