PUP perform a Christmas version of “Kids” alongside puppets on CBC Kids: Watch 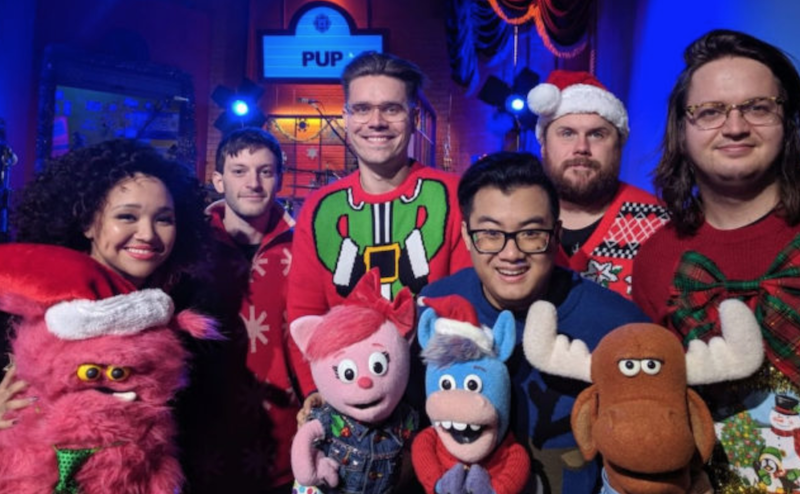 Turns out even punks get swept up by the holiday spirit. Canadian outfit PUP recently stopped by CBC Kids to perform a Christmas spun version of their single “Kids”, equipped with ugly sweaters, dancing puppets (or is that PUPpets?), and all. Watch it below.

The band kept the track’s buoyant pop-punk thrust, but reworked the lyrics into a kiddo-friendly holiday ode. “Just like the kids, I’ve been navigating my way through the winter reality of this Christmas season,” sang frontman Stefan Babcock. “Which, at this point in my bright and merry life, has jingled the jingle bells that I’ve got left/ And I’ve embraced the festivities with friends and family and holiday cheer.” Watch the whole thing below.


(Read: PUP’s Steven Sladkowski on Why The Clash’s London Calling Is the Only Album That Matters)

The original “Kids” comes from their spring release Morbid Stuff, an album that landed the Canadians on the Polaris Music Prize shortlist and our own Top Albums of 2019 list. PUP will be back on the road supporting the release in spring, and you can get tickets here. It’ll be far past the appropriate season for the Xmas reimagining, but they’ll surely pack the shows with other sonic goodies.

Watch the CBC Kids performance below, followed by PUP’s recent interview with Lior Phillips’ on This Must Be The Gig, during which the band discussed quitting their day jobs and maintaining sanity. Also check out Steven Sladowski’s recent essay on The Clash’s London Calling.