"It's one of the exceedingly-rare examples of a perfect record" 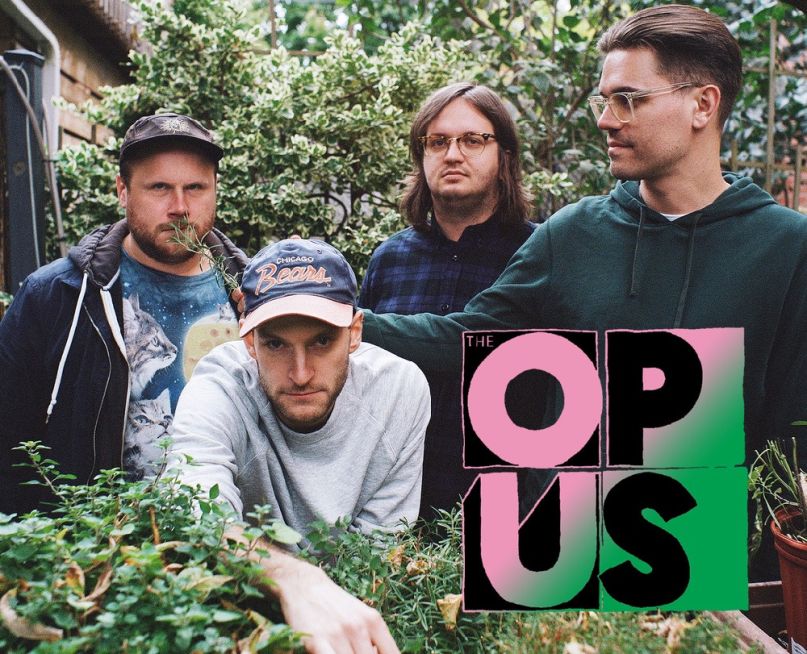 PUP on The Clash's London Calling

Be sure to tune into The Opus: London Calling when it launches on December 5th with host Andy Bothwell, aka Astronautalis. Never miss an episode by subscribing now. You can also revisit a selection of The Clash’s best tracks via all major streaming services, and enter to win both the 40th anniversary London Calling Scrapbook and Super Bundle.

It feels hyperbolic and cliche to say that, without The Clash, I probably wouldn’t be in PUP, but that really is the case. The Clash were my introduction to punk rock.

I started playing the guitar around the same time that I started getting into vinyl records and, like most people with an inherited and crippling record-buying habit, my first source of records was my parents’ collection in the attic of my childhood home on the west side of Toronto. I don’t think London Calling was tucked away in there, but Combat Rock certainly was, and from the moment I heard the needle drop on “Know Your Rights”, well, that was that.

Shortly thereafter, in a neighborhood called The Junction, my wallet-chain-Chuck Taylors-black-band-tee-and-torn-blue-jean-wearing teenage self was digging in the crates at a record shop called Pandemonium (which, in the face of widespread gentrification of that neighbourhood, still does robust business). There it was in all its glory: a 1979 original pressing of London Calling. Paul Simonon smashing his P Bass, layout lettering making reference to Elvis Presley, and inner sleeves with the handwritten lyrics and photographs of life as a Clash city rocker. Am I over-romanticizing things? Absolutely. Was it exactly the kind of discovery and unlikely musical education I needed at the time? You betcha.

The thing I learned from repeated teenage listening to London Calling — something that held true through my 20s and remains true as I listen to it on my turntable as I write today — is that it is one of the exceedingly-rare examples of a perfect record. (I’ve already recounted my first experience with the perfect physicality of the record, which cannot be overstated; it is something that I obsess over in both creating and purchasing records to this day.) Even if you want to make the argument, as one almost always should with any double-record, that there is some filler somewhere — that filler comes maybe 13 to 15 tracks into the record. By today’s standards, putting that many tracks on a record without filler is a borderline impossible task.

Arguments for superfluous tracks aside, over the course of London Calling’s 18 listed tracks (and one hidden proto-pop-punk banger), The Clash laid the groundwork for what a punk band could be. It owes as much to the turbulent cultural mosaic of ‘70s East London, where much of it was realized, as it does to the imagined narratives of ‘50s American rock and roll. It’s political, aching, paranoid, vulnerable, joyful, and pissed off all at once, and often explores several of these states over the course of one song. It has “Lost In The Supermarket”, which may be the greatest punk song ever written about modern existential dread, and could be considered emo before that word ever existed as a genre. It references the enduring rock and roll trope of Stagger Lee in a nod on “Wrong ‘Em Boyo.” And, perhaps most important of all, it’s enduring proof that a punk band can embrace melody without fear of losing any credibility.

London Calling feels like such a canonical record that it’s begun to exist in that weird space, as much canon does, where people either roll their eyes at its mention or simply wave away the enormity of its influence because of how many times “London Calling” is played on classic rock radio. But I hear it in every band trying to mix ska and punk (I see you, Jeff Rosenstock), in bands trying to say something meaningful in a way that respects where they came from (I see you, Titus Andronicus), and in bands that love yelling pop hooks (I see you, PUP).

As I find myself in my thirties and going deeper into the life depicted on the inner sleeves of London Calling, I am grateful to know that the album that kicked off my journey into punk rock still feels as fresh and vital as it did when my goofy teenage self put it on the turntable for the first time. All that to say: support your local record store!