The character actor passed away from metastatic lung cancer 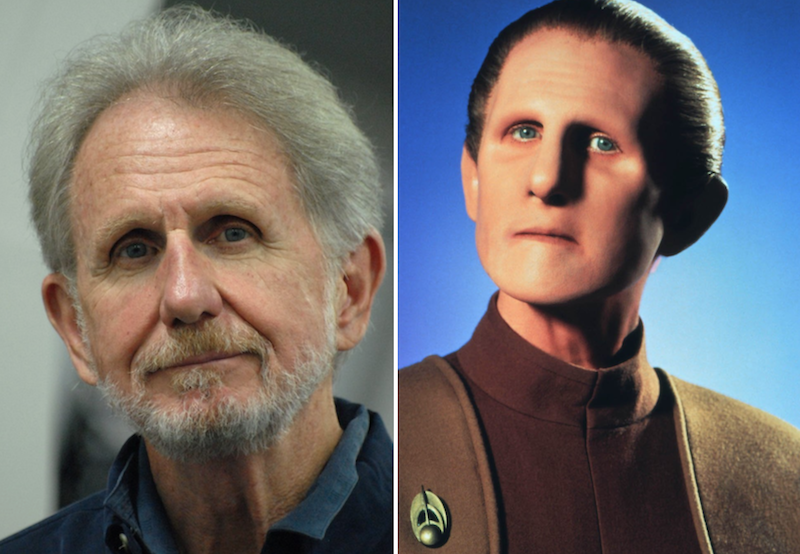 Actor René Auberjonois has died at the age of 79. According to The Associated Press, he passed away on Sunday, December 8th, in his Los Angeles home after losing his battle with metastatic lung cancer.

Beginning his career on the stage in the 1960s, Auberjonois earned Tony nominations for 1973’s The Good Doctor, 1984’s Big River, and 1989’s City of Angels. He made his film debut as Father John Patrick “Dago Red” Mulcahy in 1970’s M.A.S.H. and would go on to appear in 34 other feature films. Those included 1976’s King Kong, Batman Forever, The Patriot, Inspector Gadget, My Best Friend Is a Vampire, and Police Academy 5: Assignment Miami Beach.

However, he was perhaps best known for his television roles. From 1980 to 1986, he played Clayton Endicott III on Benson, receiving a Primetime Emmy nomination for the role in 1984. In 2001, he received another nomination for guesting as Judge Mantz on The Practice. Later, he starred as Paul Lewiston on Boston Legal.

Sci-fi fans know him as Odo from Star Trek: Deep Space Nine, a part he inhabited for seven seasons. Somewhat ironically, he also had an uncredited role as Colonel West in 1991’s Star Trek VI: The Undiscovered Country. Though he was cut from the theatrical version, his scenes were reinserted upon home release. He also guested as Ezral in a 2002 episode of Star Trek: Enterprise.

Starting in the early ’80s, Auberjonois lent his voice to a number of animated projects. He was the voice of Chef Louis in The Little Mermaid and Professor Genius in Little Nemo: Adventures in Slumberland. His animated TV credits include The Legend of Tarzan, Batman: The Animated Series, The New Adventures of Jonny Quest, 2001’s Justice League, Young Justice, Archer, and Avengers Assemble. You can also hear him in video games like Legacy of Kain: Soul Reaver 2 and Blood Omen 2, God of War, Fallout: New Vegas, and of course, Star Trek Online.

Auberjonois’ Twitter account has suggested fans can pay their respects by donating to Doctors Without Borders (a fan noted Auberjonois made such a request in exchange for an autograph) or by sending a note to renespage@mkrause.net.

This is a lovely suggestion, for those with the means, to honor René. Another option to celebrate his life: choose to be kind to the people around you. https://t.co/AIoMngiAZf

For those who want to do this, please direct any tribute notices to René's website contact address (renespage at mkrause dot net), and we'll make sure to pass them along to René's family. Thanks! https://t.co/5RIC7u683C