Born Richard Alpert, he was the author of Be Here Now and colleague of Timothy Leary 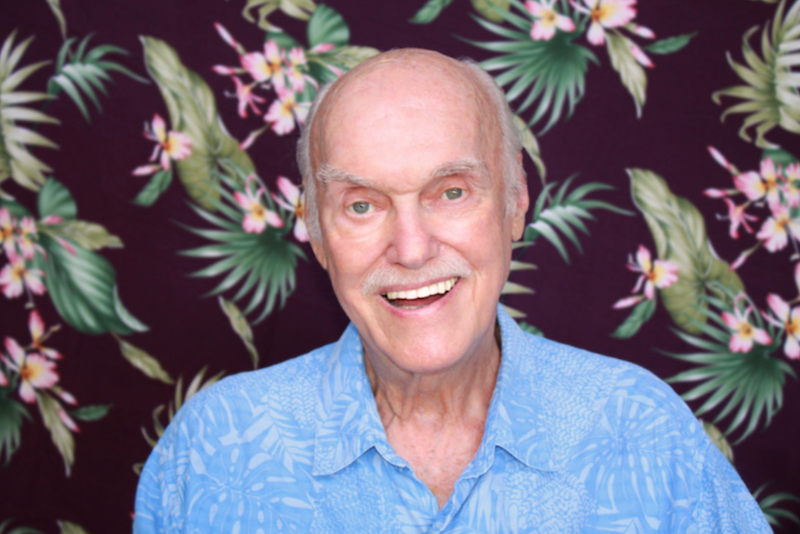 Ram Dass, a prominent leader in the LSD movement of the ’60s, spiritualist, and major inspiration to George Harrison, has died. He passed away Sunday, December 22nd in his Maui, Hawaii home at the age of 88.

Born Richard Alpert, Dass grew up the privileged son of a father who was a successful lawyer, served as president of the New Haven Railroad, and helped found Brandeis University. Alpert later studied psychology at Tufts University, going for his masters at Wesleyan. Though he failed those oral exams, he ended up as a Ph.D. candidate at Stanford, ultimately teaching there before taking a job as a psychology and education professor at Harvard.


There, he met Timothy Leary, the future leader of the psychedelic movement of the ’60s. The two began to experiment with LSD and psilocybin, infamously leading to their firing from Harvard (Alpert for providing drugs to students, and Leary for ignoring his teaching responsibilities). Together, they started a commune and upstate New York to continue their experiments with psychedelics, with Alpert recording a reported 400 trips on his own.

As his tolerance to LSD grew and the effects weakened, Alpert made his way to India in 1967. There, he met Neem Karoli Baba, also known as Maharaji-ji. He studied yoga and meditation in the Himalayas for half a year before earning the name Ram Dass, or “Servant of God.” He took the ethos of that name back to America, becoming a spiritual guru.

In addition to traveling the country teaching love and compassion as a means to spirituality, Dass penned the incredibly successful book Be Here Now in 1971. It sold nearly two million copies, including at least one to Harrison, who named a track on his 1973 album, Living in the Material World, after the tome. Harrison later suggested in a 2000 interview with Billboard that the title his classic 1970’s solo debut, All Things Must Pass, was also inspired by Dass.

One year after Leary died in 1996, Dass was left partially paralyzed and unable to speak after suffering a hemorrhagic stroke. Eventually, he recovered his voice and resumed his teachings via online videos, Maui retreats, and film. He also continued to write, most recently releasing Walking Each Other Home: Conversations on Loving and Dying (co-authored with Mirabai Bush) in 2018.

Dass was aware he was dying, and accepted his impending final days with peace. Speaking to The New York Times just in September, Dass said he knew he was ready to die “When I arrived at my soul. Soul doesn’t have fear of dying. Ego has very pronounced fear of dying. The ego, this incarnation, is life and dying. The soul is infinite.” (via Rolling Stone)

In a statement, Dass’ Love Serve Remember Foundation confirmed his death and noted that details on ” a worldwide BE HERE NOW moment in celebration of Ram Dass’s extraordinary life” would be coming soon. Read their full message below.

For more than 50 years, Ram Dass was a key influence on American spiritual culture. His monumentally influential and seminal work BE HERE NOW – part graphic novel, part introduction to yoga and inner transformation – is an enduring classic that has sold over two million copies. BE HERE NOW still stands as a centerpiece of western articulation of eastern philosophy. In the 1970s it was the hippies’ bible; today it continues to be the instruction manual of choice for generations of spiritual seekers.

As a psychologist, Richard Alpert – along with his cohort, Timothy Leary – played a pivotal role in the psychedelic movement of the 1960s, lecturing on the healing effects of psychedelics at college campuses across the country. At the time, Albert and Leary influenced a generation to “turn on, tune in, and drop out” with psychedelics, providing the inner fuel during a turbulent era of social change, sexual liberation, and political unrest.

In 1967-68, Alpert journeyed to India, where he met the famed Indian saint, Neem Karoli Baba (Maharaj-ji), whose central teaching is to love everyone, serve everyone, and remember God.

After learning yoga and meditating in the Himalayas for six months, he returned to the West as Ram Dass, meaning “Servant of God.” For decades, Ram Dass crisscrossed America, lecturing on an eclectic spiritual path. He was a guide for thousands seeking to discover or reclaim their spiritual identity beyond or within institutional religion.

In early 1997, Ram Dass had a hemorrhagic stroke that left him with paralysis and expressive aphasia. He recovered his speech and went on to continue his teachings online, at retreats in Maui, and through film and music, inspiring the next generation of seekers.

The Love Serve Remember Foundation is planning a worldwide BE HERE NOW moment in celebration of Ram Dass’s extraordinary life. Additional details on this event forthcoming.

In the meantime, if anyone would like to share their reflections on Ram Dass, please email remember@ramdass.org, or post on social media using #lovingramdass. For more information on Ram Dass’s life and teachings, please visit http://www.ramdass.org.&rdquo;