J.J. Abrams punches in an emotional moment that works exactly as intended 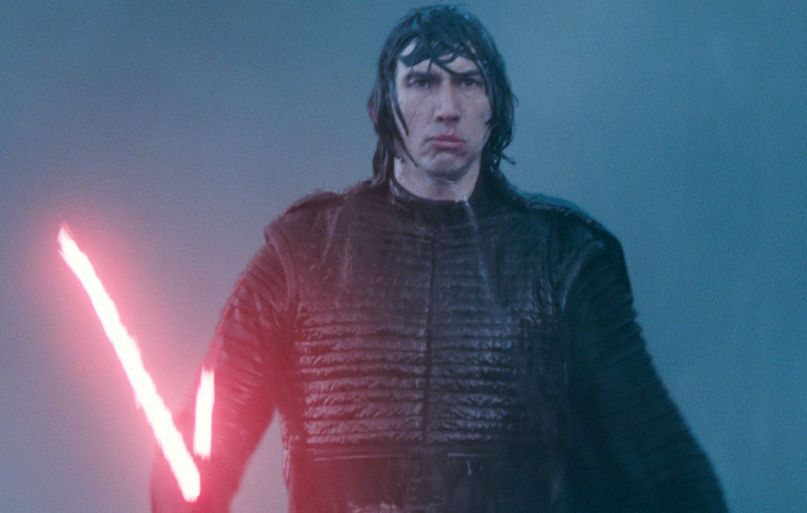 Adam Driver in Star Wars: The Rise of Skywalker (Lucasfilm)

Apparently, we are doomed to an eternity of fighting about Star Wars. I understand fighting over The Last Jedi; it takes big swings at nostalgia and lore, and it’s a little messy, and while I like it, I do understand some of the criticism leveled at it. But I walked out of The Rise of Skywalker thinking we won’t fight over something that is trying so earnestly to please everyone. But alas, we are fighting. There is one thing we might not fight over, though, and that is the legacy of Kylo Ren (Adam Driver) as one of Star Wars’ great antagonists. A big man-baby prone to tantrums, Kylo Ren is unpredictable, incredibly powerful, and petty, an unstable mix of ill intent and childish rage. And he crossed a line that can never be uncrossed in The Force Awakens when he killed his father, Han Solo (Harrison Ford). However, that moment, arguably the most shocking in the sequel trilogy, turns out to be paramount to The Rise of Skywalker.

“Hey kid.” You know who it is as soon as the words are spoken. Kylo Ren, defeated by Rey (Daisy Ridley) on the wreck of the second Death Star, turns to see his father standing before him, just as they met on Starkiller Base. The scene is meticulously staged to recreate the moment when Ren murdered Han, which makes sense as this is not the visitation of a Force ghost, but a memory of Han leaching out of Ben Solo in his moment of turmoil. He stands on a strut, just as he stood across from Han on Starkiller Base. They exchange much of the same dialogue. Han reaches out for his son just as he did before. But this time, instead of Kylo Ren lashing out, Ben Solo pushes through and accepts his father, and, in this living memory, the forgiveness Han offered before.

Your mileage may vary on Ben Solo’s redemption. Frankly, I don’t need the guy who killed Han Solo to be redeemed. But in a film that can often feel shallow and unmemorable in its fan service, returning Ben Solo to himself is an unexpectedly beautiful moment. Unlike Darth Vader, who is fully committed to his path, and Emperor Palpatine, who is just cartoonishly evil in every incarnation, Kylo Ren is never sure of his next move. It’s part of what makes him so dangerous: He lashes out like a wounded animal just trying to survive the next moment, and the next. It’s also what let Rey get her hooks in him, and one of the best things about the sequel trilogy is watching a bad guy struggle with the light side of the Force just as we watch the hero struggle with the dark side.

Since Han is really a memory and not a sentient magic ghost, though, this moment is really Ben forgiving himself for his mistakes. This is what he struggled with from the beginning, the feeling that he had done too much to ever go back, but here he chooses to go back anyway. And that plays directly into one of Star Wars’ central themes, which is that “good” and “bad” are not who we are, they’re what we do. They’re our choices and actions, and it is never too late to make a different choice. In this moment, replaying his final confrontation with his father, Ben Solo makes a different choice, one that shows his remorse and regret. He’s not redeemed because Han forgives him—because Han can’t actually do that—he’s redeemed because he chooses to be someone better from that moment.

It’s an emotional moment that works exactly as intended, and given the depths to which Kylo Ren sunk, it makes his choice to turn to the light all the more powerful. He can’t undo the harm he’s done, and in many ways, he really can’t go home again. But he can fight the Emperor, aide Rey, and dismantle the evil order he helped create. He can do these good things, and ensure a brighter future for the galaxy, and then he can die because he killed Han Solo, one of the most iconic and beloved figures in cinema, and there’s really no coming back from that. He has to die to square that deal. But first, Ben Solo reconciles the memory of his father and tries to set a few things right. And in so doing, he embodies Star Wars’ best and truest message: It’s never too late to make a different choice, to make a better choice.

Previous Story
Festival of the Year Bonnaroo Evolved and Triumphed in 2019
Next Story
Mariah Carey reveals modern, magical video for “All I Want for Christmas Is You”: Watch
Popular
More Stories
[fu-upload-form form_layout="media" title="Submit Your Photo"][input type="hidden" name="ugc" value="1"][/fu-upload-form]