Ryan Reynolds is a background video game character in the first trailer for Free Guy: Watch 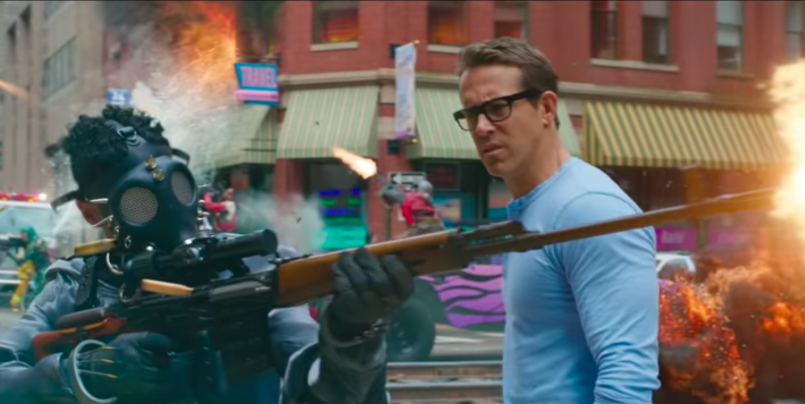 Life isn’t easy when you’re a background character in someone else’s story, as Ryan Reynolds shows in the first trailer for Free Guy.

In the new adventure flick directed by Shawn Levy, Reynolds plays a bank teller who spends his days getting held up, hostaged, and shot at with guns, until one day he’s had enough. When he foils a robbery in progress, he discovers that he is actually a minor background player in an open-world video game. The script is by Matt Lieberman and Zak Penn, and follows Reynold’s character as he realizes the creators of the game intend to shut it down. Taika Waititi, Joe Keery, Lil Rel Howery, and Jodie Comer also star. Watch the full trailer below.

Yesterday, Ryan Reynolds made fun of a viral Peloton ad with a spoof commercial featuring the same actress. And while he’s still got plenty of big screen blockbusters coming down the pipeline, Reynolds is also bringing the summer tentpole to Netflix with recently announced movies Red Notice and 6 Underground.