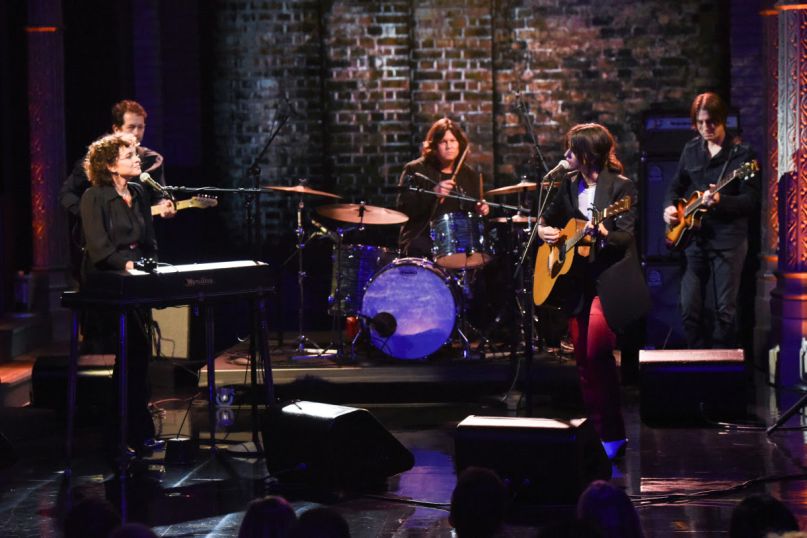 The version of “Seventeen” Sharon Van Etten released on one of the year’s top albums, Remind Me Tomorrow, may have been the best song of 2019, but it wasn’t the only rendition of the song she released. Back in September, she shared an Amazon short film called Departure, in which she discussed leaving New York — the very theme of “Seventeen”. The film featured a collaborative version of “Seventeen” featuring Norah Jones. On Thursday, the two came together once again to perform the song on Colbert.

Delivering the mellower, countrified take on the tune, Van Etten and Jones performed mainly for each other. They stood on opposite sides of the stage, slightly kicked out to the audience, but mostly keeping their eyes on one another. It was a powerful moment of musical connectivity, and you can watch the replay below.


Having just played a pair of solo acoustic shows in Chicago with Wilco, Van Etten will rejoin the band for their Sky Blue Sky Festival in Mexico come January. Her next leg of headlining dates launches in April, and you can get tickets to all her upcoming gigs here.

Jones, meanwhile, will join composer Anoushka Shankar for a celebration of Ravi Shankar at Los Angeles’ Walt Disney Concert Hall in May. Find tickets here. She also recently announced a new album with his band Puss N Boots called Sister, due out on February 14th, 2020.

Watch Van Etten and Jones’ live performance of “Seventeen” on Colbert below.