The final installment in the Skywalker saga raked in $373.5 million globally, but just $12 million came from China 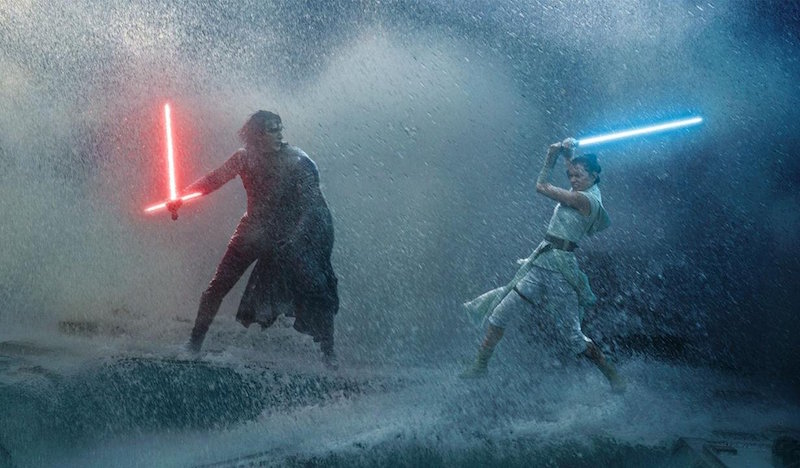 Star Wars films historically cash in at the box office over their opening week, but The Rise of Skywalker suffered by comparison — especially in China. While other countries came out to see final installment of the Skywalker saga, Chinese audiences accounted for barely $12.1 million. It’s one of the only major markets where The Rise of Skywalker didn’t open in theaters at No. 1.

Martial arts finale Ip Man 4 was by far the big winner at China’s box office this weekend with about $43 million — about roughly 45% of the nationwide box office total. The historical action film, directed by Wilson Yip, follows Donnie Yen as a kung fu teacher and mentor to Bruce Lee. Second place was Sheep Without a Shepherd, the Chinese-made thriller that’s been steadily popular in theaters for over a week now.

While the low performance is disappointing, it’s not actually that surprising. Star Wars has never historically been a big seller in China, mainly because the franchise got a late start in the country. The original trilogy wasn’t theatrically released in the Middle Kingdom, with the prequels serving as the first films in the series to open wide. It’s easy to imagine Star Wars failing to become a phenomenon even in America if Phantom Menace had been the first entry audiences saw. Without the built in cultural lore, the galaxy far, far away remains far, far out of Chinese audiences’ minds.

(Read: Ranking Every Star Wars Movie and Series from Worst to Best)

It’s also worth noting that Chinese filmgoers tend to appreciate more straightforward storytelling and traditional structures, and operatic space adventures haven’t typically been well received. Things like Transformers and the Marvel Cinematic Universe do better in China, while the intricate relationships and winding details of Star Wars’ story isn’t as easily appealing.

In fact, the Star Wars franchise has seen steadily diminishing Chinese returns since Disney took over, despite massive efforts to increase hype. The nostalgia-burdened The Force Awakens made $124 million in 2016, while 2017’s Rogue One earned only $69 million despite a pair of strong performances from recognizable Chinese stars Donnie Yen (Ip Man himself) and Jiang Wen. The Last Jedi came in at $42.5 million in 2017, with Solo earning just $16.4 million a year later. Filled with references and fan-service, these films rely heavily on past knowledge and love of Star Wars, something that never existed in China in the first place.

Back home, the J.J. Abrams-directed Rise of Skywalker raked in $175.5 million at the North American box office good enough for a No. 1 opening. Those numbers are as massive as they sound, even in Hollywood terms, but still a significant drop than what the first and second editions of this trilogy earned. Star Wars: The Rise of Skywalker is the third-biggest December debut of all time, coming in behind Abrams’ The Force Awakens in 2015, which made $248 million in its opening weekend, and Rian Johnson’s The Last Jedi in 2017, which pulled in $220 million.

(Read: The Mandalorian Is the Riskiest Star Wars Expansion Yet)

With the first two Star Wars movies being released slightly earlier than the new one, box office analysts expect a higher turnout for The Rise of Skywalker once Christmas wraps up and people can resume their usual moviegoing habits, according to The Hollywood Reporter.

If you haven’t seen the latest Star Wars film, we won’t spoil anything. Just know that it restores balance to the franchise, it’s got one scene that you won’t be able to stop thinking about, and it’s seemingly the last Star Wars film featuring John Boyega, Daisy Ridley, and Oscar Isaac.