Foo Fighters continue to dig into their archives with new 00979725 EP: Stream 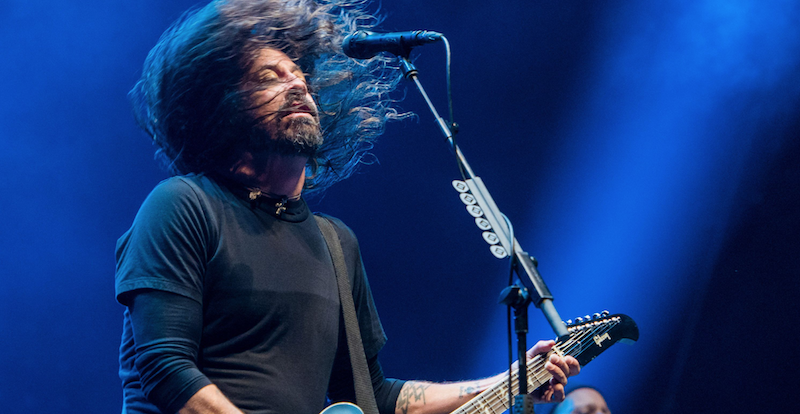 Foo Fighters continue their archival Foo Files series with another new EP. The band has released the new six-track 00979725, and it’s streaming below via Apple Music and Spotify.

Fresh from the vault, the new effort is highlighted by a live version of “I’ll Stick Around”, a track from the group’s 1995 self-titled debut. There’s also a pair of rarities from The Colour and the Shape-era in the form of a slow rendition of “Up in Arms” and a B-side titled “Dear Lover”.

A “single mix” of “Walking After You” is included, too, as is a cover of the Killing Joke track “Requiem”. The latter was recorded live at the BBC in London in May 1997.

Today’s 00979725 EP comes as the Foos near their 25th anniversary. Previous unearthed Foo Files releases have given fans covers of Arcade Fire and Dead Kennedys, as well as a live recording of a 10th anniversary concert in Roswell, New Mexico. Additionally, rare tracks from 1995 and 2000 have been brought to the surface alongside acoustic reworks of “Times Like These” and “Normal”.

Dave Grohl & co. put out their last studio album, Concrete and Gold, in 2017; however, they recently began work on a brand new record with the target of a 2020 release.

In other Foo news, Grohl just appeared on Sesame Street and really got into the (boozy) holiday spirit with a fan at Las Vegas’ Intersect Festival. The alt-rockers have more tour dates on the horizon, and you can grab your concert tickets here.