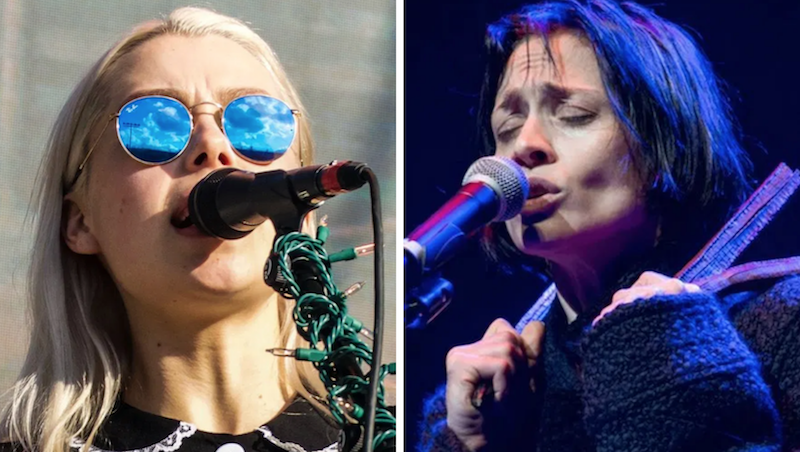 There’s some Christmas magic is in the air thanks to Phoebe Bridgers, who has released a new holiday cover with Fiona Apple and The National frontman Matt Berninger. Together, the trio has tackled the Simon & Garfunkel track “7 O’Clock News/Silent Night”.

Bridgers stays true to the ’60s original by fusing seasonal classic “Silent Night” with a newscast reading — though she gives it a slightly modern twist. The newscast notably features headlines from the last 12 months, including references to the Trump Administration.


The rendition sees Bridgers’ two guest contributors splitting their talents. Apple lends a hand on “Silent Night”, while Berninger takes on the duties of news anchor.

“Happy Holidays to everyone whose family has been literally or figuratively torn apart by Donald Trump,” Bridgers said in a statement. “And to my racist, xenophobic, misogynistic, hypocritical family members, fuck you. Thanks Fiona, Matt, Simon and Garfunkel.”

Hear the all-star cover below, which was produced by Tony Berg, Ethan Gruska, and Bridgers. All profits from the track will be donated to Planned Parenthood.

Catch Bridgers live by purchasing concert tickets here. Earlier this year, she and Conor Oberst combined talents as Better Oblivion Community Center and released one of the best albums of 2019. She also collaborated with Berninger on his solo track “Walking on a String”.