The Voidz return with new single “Did My Best” produced by Mac DeMarco: Stream

Plus, watch a short film featuring a new version of "The Eternal Tao" as well as cameos from DeMarco and co-producer Kirin J Callinan 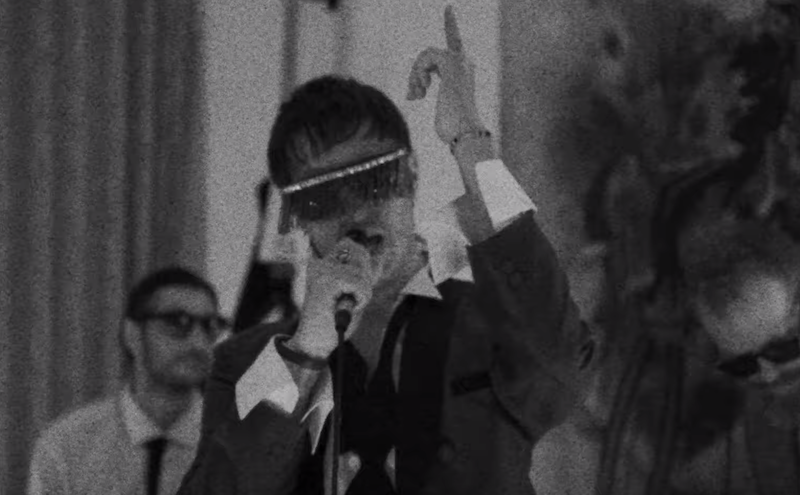 The Voidz in the "Did My Best" video

Even with a new album from The Strokes on the horizon, the band’s individual members continue to roll out music of their own. The other day we saw Fabrizio Moretti drop his debut LP under his Machinegum moniker; now, Julian Casablancas and The Voidz are back with a new single, “Did My Best”.

The track is a fuzzy offering that comes paired with a grainy, lo-fi music video/short film. Directed by Promiseland, it finds the band members apparently lost in relationships with mannequins… or sex dolls, it’s kind of hard to tell. The nearly 11-minute clip also incorporates a new version of “The Eternal Tao”, The Voidz’ previous 2019 release. Dubbed “The Eternal Tao 2.0”, there’s an extra verse tacked on at the end. What’s more, the visuals feature cameos from Mac DeMarco and Kirin J Callinan, who co-produced both “Did My Best” and “The Eternal Tao”. Watch it below.

The Voidz’ last full-length, Virtue, dropped in 2018. There’s no word yet on whether these new songs are leading up to another full-length, though at least Casablancas fans have the continually teased Strokes record to anticipate. There are also a number of upcoming Strokes gigs on the docket, including a New Year’s Eve show in Brooklyn and appearances at Shaky Knees as well as Lollapalooza’s South American events (Brasil, Argentina, and Chile). Grab your tickets here.