Unreleased offerings from his IGOR sessions 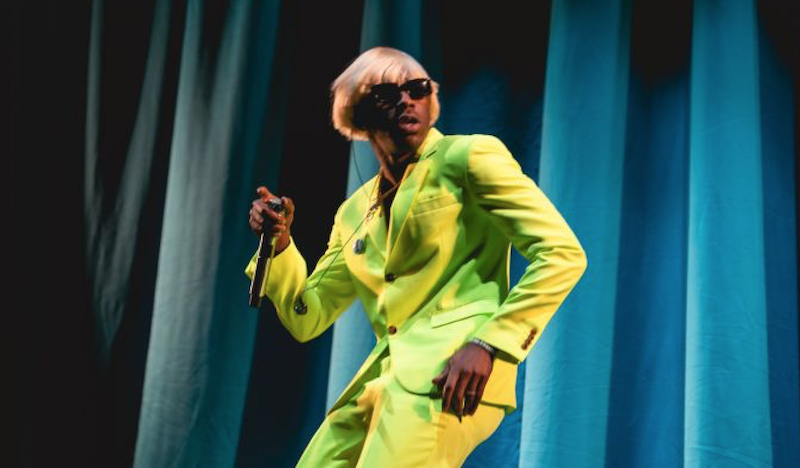 This is Tyler, the Creator’s first new music since releasing IGOR earlier this year. When tweeting about the tracks, Tyler didn’t explain why he chose to release them now, but he did say “Best Interest” is a new song that he “never got to fully finish from IGOR sessions” and “Group B” is “hard n***a sheesh”.


“Best Interest” is an old-timey throwback full of sampled horns, chipper xylophone notes, and loosely jazz drumming. There’s plenty of pitch-shifted singing and monotone rapping from Tyler throughout. The track arrives with a music video filmed by Wyatt Navarro. In it, Tyler raps into a camera while cruising through a boggy river on a sunny day. “Didn’t want it to sit on a hard drive,” he said in the video description on Youtube. “Filmed with no music, with hopes that it would sync up, a success!”

Meanwhile, on “Group B”, Tyler opts for a more straightforward tune. Over a similarly retro sample, he raps about his bucket hat, nearing age 30, and surrounding himself with a solid crew, tossing in a bunch of his usual name-checks and random connections along the way.

Check out below offerings below.

Technically, this isn’t the first previously unheard bonus track from IGOR because physical releases came packaged with “Boyfriend”. Suffice it to say, they help add more color to an already vibrant record — one of the best albums of the year that boasts one of the best songs of the year, too.

Thankfully, Tyler, the Creator already has several concerts lined up for next year, including performances at New Orleans’ Buku Music + Art Project, Orange Warsaw in Poland, the UK’s Lovebox Festival and Parklife Festival, Denmark’s Roskilde Festival, The Netherlands’ Down the Rabbit Hole, and Longitude Festival in Ireland. Get tickets to all his upcoming gigs here.