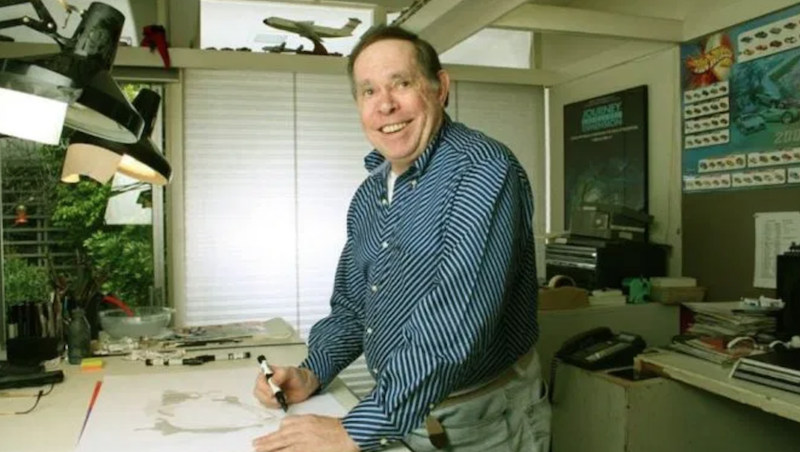 Syd Mead, the futuristic visual artist behind films like Blade Runner and Aliens, has died at the age of 86. He passed away in his home in Pasadena, California after a three-year battle with lymphoma cancer.

Born in St. Paul, Minnesota, Mead served in the US Army before pursuing his love of art in Los Angeles at the Art Center College of Design. After his studies, Mead put his skills to use by designing cars at Ford for a few years. He later struck out on his own as a freelancer in the ’70s and ’80s, working as an industrial designer for various hotel and furniture companies.

A legend has left us today.

His vision changed our culture, our collective perception of what is possible, and inspired so many of us today.

With a heavy and saddened heart, I say, R.I.P Syd Mead. pic.twitter.com/MnDT8ZuFia

The magic of his artistry, especially when it came to envisioning the future, eventually led him to Hollywood, where he was brought on to provide conceptual artwork for countless classic sci-fi films. His distinct eye for design helped to give 1982’s Blade Runner and 1986’s Aliens their now-iconic, unforgettable look.

In fact, Mead actually first coined the term “visual futurist” for himself while working on Blade Runner. According to the New York Times, he was also once quoted as saying, “I’ve called science fiction ‘reality ahead of schedule.'”

Other impressive credits in Mead’s legendary career include 1979’s Star Trek: The Motion Picture, where he famously designed the massive entity known as V’ger, as well as Timecop from 1984 and Mission: Impossible III from 2006. He also worked on 1982’s Tron, Tomorrowland from 2015, and 2017’s Blade Runner 2049.

Mead officially retired this past September. His life and work will be celebrated by The Art Directors Guild during the Guild’s annual Cameron Menzies Awards held on February 1st.

Syd Mead as a titan. Few have had the impact on how we visualise the future that he did; cyberpunk as a genre to a large extent has a look codified by him. Was always a joy to watch something with his touch – most recently for me Yamato 2520, where his designs stood out. RIP. pic.twitter.com/yIaaCoOqIL