Plus, she's unveiled a video composed of home movies 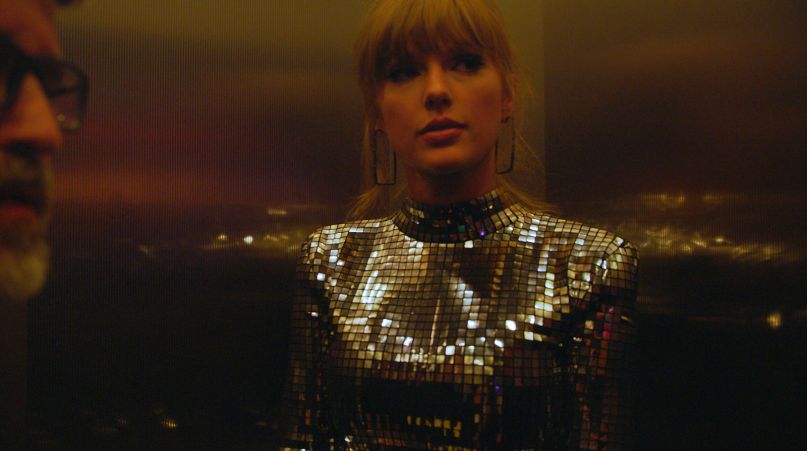 Taylor Swift has shared a new song “Christmas Tree Farm”, as well as a music video made from home movies.

The Grammy-nominated pop star first teased the song in a clip posted to Twitter earlier this week. She said she had “just written” the holiday tune, and she didn’t want to wait a year to put it out. Feigning doubt — acting like she didn’t have a music video all lined up — she asked her three fluffy cats whether to release it. According to Swift, the idea was met with “silence, ambivalence, and judgmental brush offs…” She has now shared it anyway, in defiance of their feline feelings. Watch “Christmas Tree Farm” below.


As for the other kind of Cats, the musical starring Taylor Swift recently put out an unsettling new trailer. Before that, we heard Swift’s contribution to the soundtrack, “Beautiful Ghosts”.

No matter how that December 20th movie is received, Swift will have another chance at cinematic acclaim come January, when Taylor Swift: Miss Americana premieres on the first day of Sundance. The documentary from director Lana Wilson is said to be a “raw and emotionally revealing look” at Swift “during a transformational period in her life as she learns to embrace her role not only as a songwriter and performer, but as a woman harnessing the full power of her voice”

Swift closes 2019 with the Jingle Bell Ball in London and the Jingle Ball Concert in New York City. She also has appearances lined up at next year’s Mad Cool Festival, Roskilde Festival, and NOS Alive Festival. Get tickets to all of Swift’s upcoming tour stops here.

When in doubt, ask the itty bitty pretty kitty committee. When they shun you with silence, ambivalence, and judgmental brush offs… just put the song out anyway. NEW XMAS SONG AND VIDEO (made from home videos 👨‍👩‍👧‍👦) OUT TONIGHT #ChristmasTreeFarm 🌲🎄🌲🎄🌲🎄🌲🎄🌲🎄🌲🎄🌲 pic.twitter.com/GdlnCAKDLF