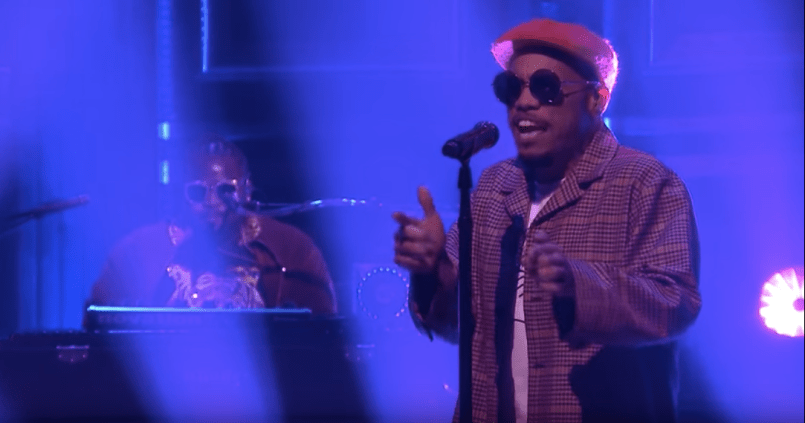 Anderson .Paak with Ron Tnava Avant of The Free Nationals

The Free Nationals are best known as Anderson .Paak‘s backing band, but the funky foursome are fierce musicians in their own right. With their self-titled debut coming out next week, they reconvened with .Paak to bring their new song “Gidget” to The Tonight Show.

Fans of Anderson .Paak’s funky neo-soul will find much to love. José Rios’ choppy guitar chords sparkle and spin like a disco ball, and Kelsey Gonzalez plays a bass line that doesn’t just walk, it struts. Callum Connor keeps the drums locked in groove, but the real highlight comes from Ron Tnava Avant with a delirious vocoder solo. Check out the full performance below.

Anderson .Paak has kept busy this Thanksgiving season, having just joined Mark Ronson on “Then There Were Two”. .Paak is playing Intersect Las Vegas this Friday, and you can get tickets here.