Host Andy Bothwell, aka Astronautalis, is back to survey one of punk rock's most iconic records 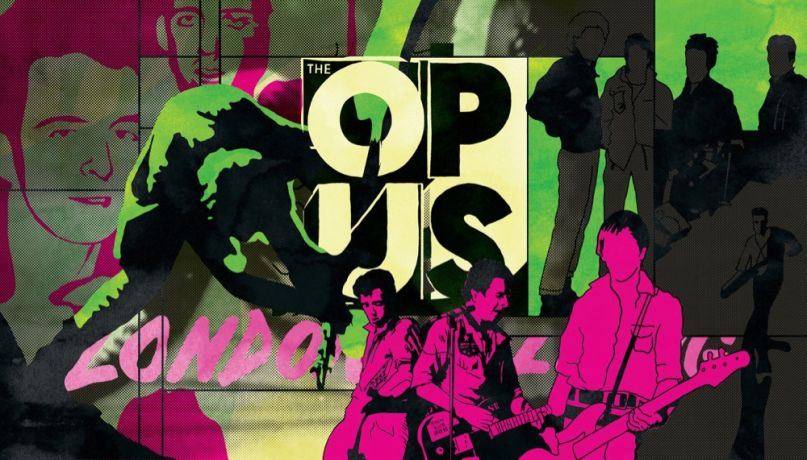 Consequence of Sound and Sony are proud to present the sixth season of The Opus. Past seasons have explored the legacy of iconic albums by Bob Dylan (Blood on the Tracks), The Jimi Hendrix Experience (Electric Ladyland), Jeff Buckley (Grace), Willie Nelson (Red Headed Stranger), and Ozzy Osbourne (Blizzard of Ozz). This time, we’re answering the cry of the only band that matters, The Clash, and their landmark release London Calling. Host Andy Bothwell, a.k.a. Astronautalis, will begin picking up the pieces of the Paul Simonon’s bass when episode one arrives December 5th.

The band was in uncertain territory leading into London Calling. After parting ways with their former manager and being forced to relocate to a new rehearsal space, lead songwriters Mick Jones and Joe Strummer were hit with a year-long bout of writer’s block. Even on their previous record, they’d begun veering away from the punk they’d helped popularize towards more rock ‘n roll sounds. By embracing styles as varied as ska, rockabilly, and pop, they were able to not only shake off their doldrums, but shake up punk rock at large.

“London Calling, is perhaps, the greatest record, from one my favorite bands of all time,” says Bothwell. “To say that I am excited about covering this one, would be an ABSURD understatement!  This record didn’t just change how punk sounded, it totally redefined who was punk, what punk looked like, and blew my little American mind the first time I heard it in my brother’s room back in the 80’s!”

The Opus: London Calling premieres December 5th, and you can subscribe now. To prepare for the new season, stream a selection of The Clash’s top tracks via all major streaming services.