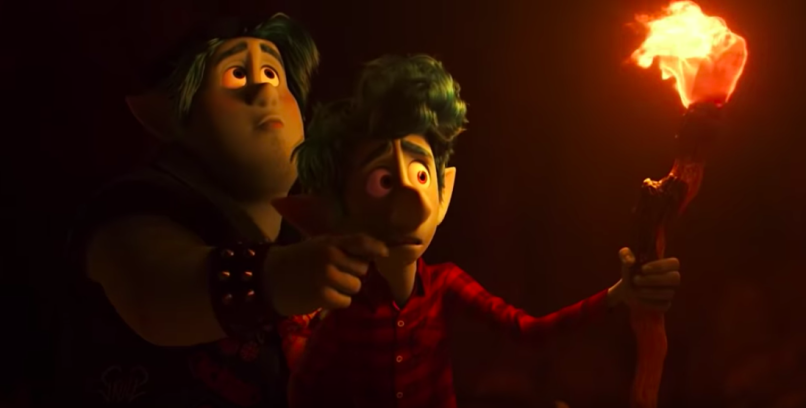 Chris Pratt and Tom Holland are teenaged elves who are trying to resurrect their father in the new trailer for Pixar’s Onward.

Written and directed by Dan Scanlon (Monsters University) Onward stars Holland and Pratt as the brothers Ian and Barley Lightfoot. On Ian’s sixteenth birthday, his mother Laurel (Julia Louis-Dreyfus) gives him a present from his dead father: a magical wizard’s staff. Along with a spell, this staff is supposed to bring their father back from the dead for at least one day. The spell half works — the bottom half, to be specific — and the boys are left with a pair of glowing trousers and a fierce desire to finish the job. With some help from the legendary Manticore (Octavia Spencer) the two boys and their dad’s pants embark on a magical journey full of slapstick, pratfalls, danger, and spellcraft. Watch the new trailer below.

Onward pops into theaters on March 6th of 2020. If Tom Holland fails to save the day this time, he’ll have another chance as Spiderman in 2021. As it turns out, Holland is a real-life corporate superhero, and he’s been credited with salvaging the deal between Disney and Sony.