The algorithms, holograms, and machines aren't ready to take over live music just yet 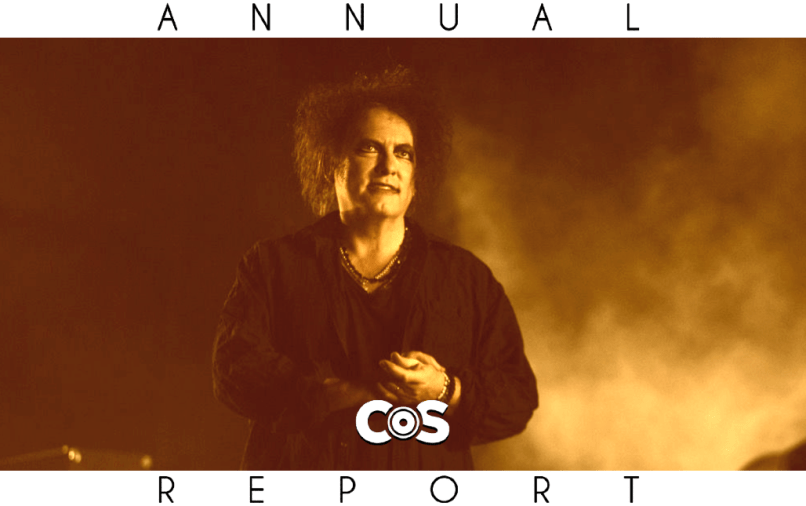 The Cure at Pasadena Daydream, photo by Debi Del Grande

Maybe Grimes is right. Maybe live music will soon be obsolete. That was what she so boldly predicted during a November appearance on the Mindscape podcast, a pronouncement that produced one of the year’s most entertaining Twitter beefs (featuring cameos from both Zola Jesus and Holly Herndon) along with some genuine debate within the music world. Why sweat at a festival or cram into a venue when you’ve got Spotify and an Oculus Rift? A future ruled by algorithmic playlists and AI performers may be inevitable, but it hasn’t quite arrived in 2019. In our actual present, concerts remain alive and well, at every scale and in every venue.

At the highest level, assertions about live music’s health can be backed up by the numbers. According to Billboard’s year-end Boxscore charts, the top 10 tours of the year alone grossed a staggering $1.5 billion, led by a mix of legacy acts (Paul McCartney, The Rolling Stones, Elton John), established pop brands (Ed Sheeran, P!nk), and rising stars (Ariana Grande, BTS). That rosiness extended to much of the festival world, as well; while 2019’s biggest story was probably the cancelation of the beleaguered Woodstock 50 festival, the rest of the year saw Bonnaroo sell out for the first time since 2013 and attendance records fall at festivals from Outside Lands and the Detroit Jazz Festival to Louder Than Life and the Beale Street Music Festival.

(Read: Festival of the Year Bonnaroo Evolves and Triumphs in 2019)

In the smaller venues, evidence gets more anecdotal, but no less immediate. If you’re reading this, you probably have a favorite concert memory from the year; for me, it’s a close tie between seeing Kamasi Washington bringing the walls down at the Art Institute of Chicago as part of Pitchfork’s Midwinter event and watching Ken Stringfellow of the Posies carouse around a gallery space as part of his most recent living-room tour.

From college-town basements to the Rose Bowl and Soldier Field, musicians defied the odds of isolation and brought people together in search of excitement, catharsis, and community. Among them all, five stood out. Whether they were celebrating milestone anniversaries, making the move towards stardom, or saying farewell on their own terms, the artists on this list helped make 2019 memorable from every stage they graced.

So, maybe Grimes is right … but she’s not right yet.

Click ahead to see our top five live acts of the year broken down by genre.