He says the Florida site would, unironically, be a great fit 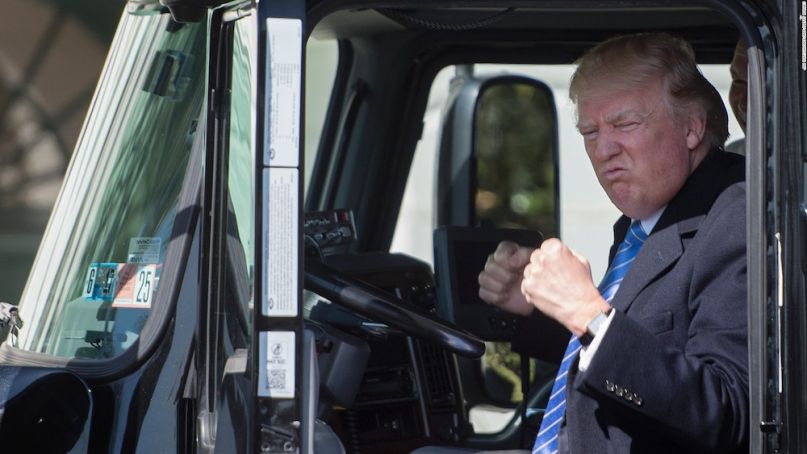 Vanilla Ice has pitched President Donald Trump on building his presidential library in a small coastal Florida trailer park called Briny Breezes. That may sound made-up, but it’s a real thing that happened according to James Arena, a real estate broker and resident of Briny Breezes who wants to sell it to Trump for $1 billion.

Arena thinks the 43-acre town that’s comprised entirely of a mobile home park is a perfect fit for Trump — and no, he isn’t kidding. Arena, a Trump supporter, figured the president would hear him out if the news came from someone as well-known as his friend, rapper, and Palm Beach County resident Vanilla Ice. “Vanilla Ice ran it by Donald Jr.,” Arena told The Palm Beach Post. “He called me back and said, ‘Man, I think they’re really into it.’”

Every president since Herbert Hoover has built a presidential library in his home state. If the number of hours he spends there didn’t make it obvious, Trump plans to keep his roots in Florida, as he and Melania filed paperwork in October to change their primary residence from Manhattan to Palm Beach County through Mar-a-Lago. Establishing a presidential library in Florida, specially Palm Beach County, makes sense then.

So far, Trump hasn’t decided where to build his presidential library yet — in part because he’s busy focusing on everything but his presidential responsibilities, and in part because he’s likely never stepped foot in a library before. Arena thinks Briny Breezes is the perfect location because Trump could develop the land by adding a hotel, a marina, multiple restaurants, and other tourist attractions. He could even change the name to “Trump Town” — a true bait by Arena, given there’s nothing Trump loves more than seeing his name looming over property.

But first, residents of Briny Breezes must sign a petition, and many have conflicting options about it. “Trump is not my favorite and I would hate to see Briny disappear, but I’m a realist… That’s a lot of money,” said one resident, Another added, “I don’t think he’s a particularly good risk.” Then there was Maria Santa Cruz, a 60-year-old resident who’s lived there for 20 years, who said she didn’t sign the petition despite voting for Trump because the timing of him being a realistic buyer “was off” given he was just impeached in the House. Finally, some logic.