ASAP Rocky performs inside a cage during first Sweden concert since arrest: Watch 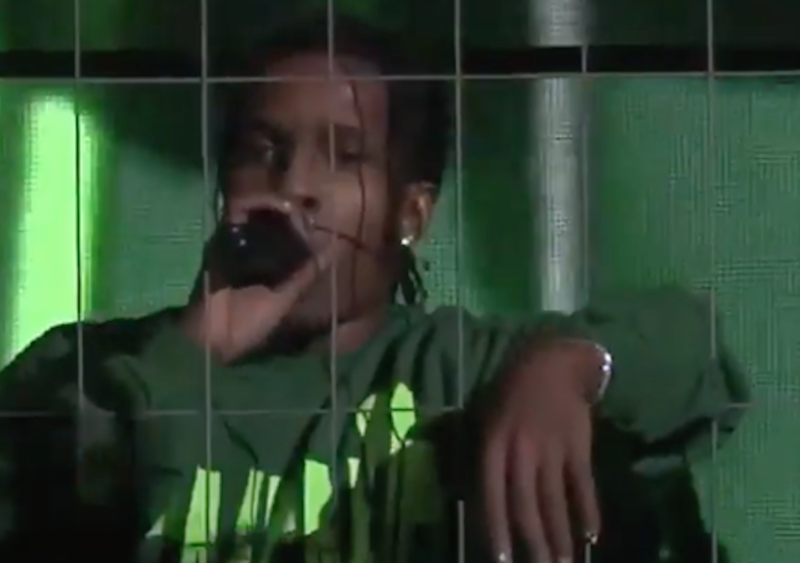 ASAP Rocky performing inside a cage in Sweden

ASAP Rocky played his first concert in Sweden following his arrest in the country this past summer. Not surprisingly given the circumstances of his jail time, his triumphant return was not without its controversy, as the New York rapper performed from inside a cell-like cage.

The show took place Wednesday night, December 11th, at Stockholm’s Ericsson Globe Arena. Following a number of Swedish opening acts, Rocky commanded the stage from a cage structure made to be reminiscent of the Scandinavian country’s prison system. As fan footage shows, the audience was enraptured by the whole thing, with mini mosh pits breaking out throughout the venue.


Rocky was arrested in July after a street altercation with some locals. Donald Trump, at the urging of celebrities like Kanye West and Kim Kardashian, came to his defense and pleaded for his release. In August, Rocky was found guilty of assault, but received no additional prison time and was let go.

The ASAP Mob rapper requested to perform a concert at a Swedish detention center, but was turned down by officials. He’s since pledged to donate proceeds from his Stockholm show to FARR, a group that works with refugees, after meeting many during his brief time behind bars over the summer.

Prior to last night’s concert, Rocky invited locals from the nearby “slums”, as HypeBeast points out. “I’m in Stockholm right now. I’m throwing my concert, my first concert after being locked up out here,” he said in his Instagram Stories. “Everybody from the ‘immigrant community,’ what they call the ‘immigrant community’ out here, none of y’all got to pay to come to my show today. All y’all get in for free. Whoever come, whoever from the hood, they get in free.”

Check out footage from his Swedish comeback concert below. Grab tickets to all of ASAP Rocky’s upcoming tour dates here.

Ok Sweden went all in for Asap Rocky 🔥 pic.twitter.com/aHSCcS0Kgk