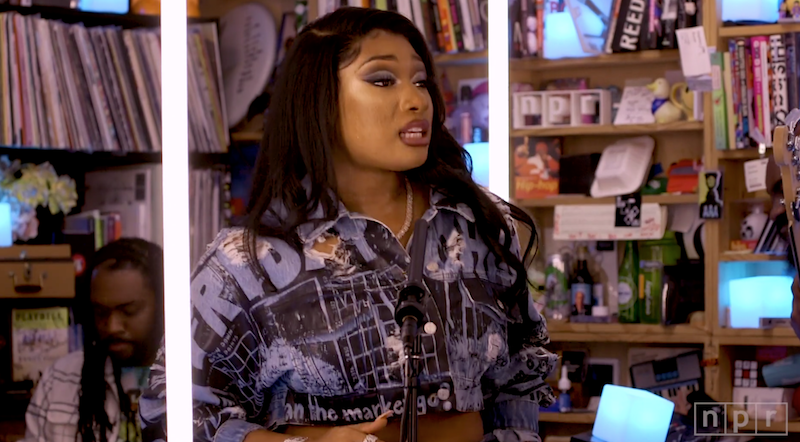 Winter may be fast approaching, but Hot Girl Meg still blazes on. Megan Thee Stallion filmed a session for NPR’s Tiny Desk Concert series, and delivered a number of noteworthy moments in the process, including the debut of a new song.

The dynamic 25-minute performance saw the Houston rapper roll out seven songs while backed by Brooklyn’s Phony Ppl, marking the first time she’d played in public with a live band. Viral hit “Hot Girl Summer” was part of the setlist, as were Fever mixtape tracks “Money Good” and “Cash Shit” (sans DaBaby). Toward the end of the concert, Megan Thee Stallion premiered an unreleased Phony Ppl collaboration dubbed “Fucking Around”.

Replay the entire set below and, as the MC advised, “don’t be scared to get ratchet.” To see Megan Thee Stallion do her thing live for yourself, purchase tickets to her upcoming shows here.

The rapper recently contributed to the soundtrack for Queen & Slim. In late October, she also appeared on Saturday Night Live alongside Chance the Rapper.