The Beatles rocker was assassinated 39 years ago 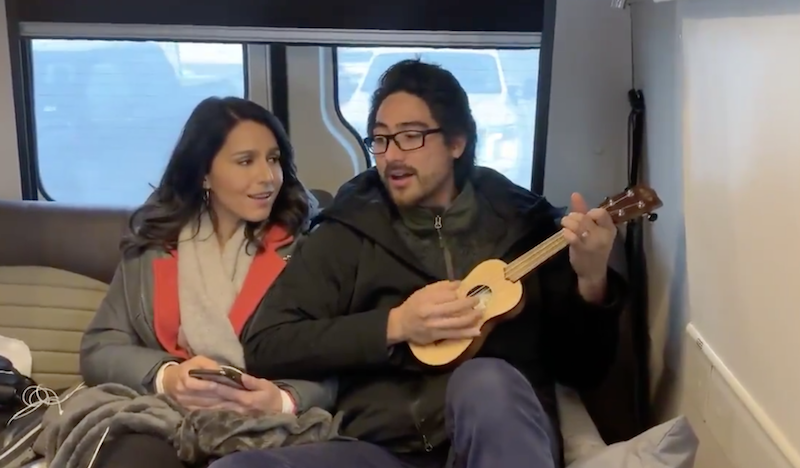 In a video posted to her Twitter account, the Democratic politician is seen singing the ’70s classic in the back of her campaign bus. Relaxed and cozied up under a blanket, Gabbard was accompanied by her husband, Abraham Williams, who strummed along on a ukulele.

“Remembering John Lennon today,” Gabbard wrote in a second tweet on Sunday. “‘All we are saying is give peace a chance.”

Upon its release, “Imagine” became a prominent anti-war anthem. Lennon was assassinated by Mark David Chapman in New York City in 1980.

Gabbard is no stranger to the front lines of war, as she’s a major in the Hawaii Army National Guard. Per ABC News, in 2004, she became the first state legislator to step down from position in public office to volunteer for a tour of duty. She is also the first female combat veteran to run for president.

“All we are saying is give peace a chance.”