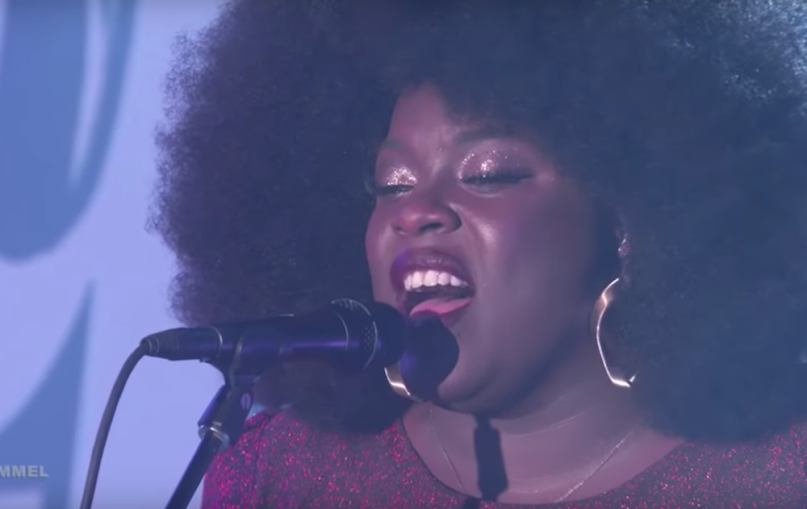 Acclaimed country and soul artist Yola made her late-night TV debut on Wednesday. In support of her Grammy-nominated album, Walk Through Fire, she performed standout single “Faraway Look” and her cover of Elton John’s “Goodbye Yellow Brick Road” on Jimmy Kimmel Live. As we noted, Yola’s take is firmly her own, spun with a unique sense of both poise and power. Replay the video below.

The Bristol native’s 2019 full-length was produced by Dan Auerbach of The Black Keys. Yola, who is also known for collaborating with Massive Attack and The Chemical Brothers, shared her rendition of “Goodbye Yellow Brick Road” earlier this month with support from Sir Elton himself (!). The cover appears on the new deluxe edition of Walk Through Fire.

Yola has a series of North American tour dates coming up this winter season, and you can grab your concert tickets here.

Update: Andrew Bird has shared a live video of “Cracking Codes” featuring Yola. The two performed the song together during one of Bird’s many SXSW 2019 sets; the same set was actually captured as part of Bird’s exclusive Consequence of Sound Instagram takeover.

Thank you so much to the whole team @JimmyKimmelLive for making us so welcome today, what an absolute honour to perform #kimmel #latenighttv pic.twitter.com/aBQmTLJ9Eh