"Music is supposed to bring us together, not divide us" 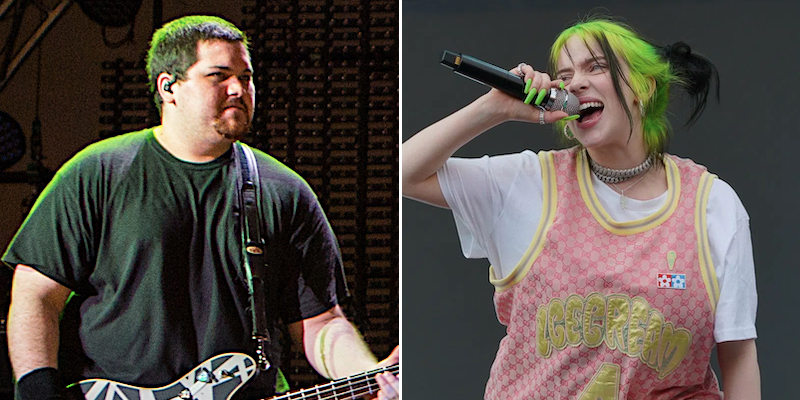 Pop superstar Billie Eilish, who turns 18 later this month, was recently grilled by Jimmy Kimmel to see if she was aware of popular music acts and items from 1984, the year he was 17. Among the bands she never heard of was Van Halen, resulting in an exasperated response from the late-night TV host. Now, one Van Halen member is coming to her defense.

In the late November interview, Kimmel started to reel off names, beginning with Madonna, whom Eilish did know. Next up, he asked, “Can you name a Van Halen?” To which Eilish answered, “Who?” Upon seeing her confusion, Kimmel exclaimed, “I’m gonna start crying!”


After the show aired, Eilish took some heat on Twitter for not knowing about the existence of Van Halen, but one person who stood up for her was none other than Wolfgang Van Halen, son of guitarist Eddie Van Halen and bassist for the band since 2007. In a tweet, Wolfgang wrote:

Music is supposed to bring us together, not divide us. Listen to what you want and don’t shame others for not knowing what you like.

Music is supposed to bring us together, not divide us. Listen to what you want and don’t shame others for not knowing what you like.

Eilish was 10 years old when Van Halen released their most recent album, 2012’s A Different Kind of Truth. And to be fair, that LP didn’t exactly make the impact of the Rock & Roll Hall of Fame band’s iconic 1978 debut or multiplatinum 1984 disc.

So, can we really expect Eilish to be a walking encyclopedia of ’80s pop culture knowledge? For the record, Billie also admitted she never heard of Huey Lewis, Run-DMC, and Cabbage Patch Kids.

But, as is the case with any hot topic, the final say should always go to Smash Mouth, who chimed in on Twitter with these words of wisdom:

We grew up listening to #VanHalen and we're old as fck so why would @billieeilish know who they are? #NoDiss

So there you have it, from Smash Mouth’s, er, mouths to your ears.

See Eilish’s interview with Kimmel below, and catch the pop star on her 2020 North American tour. Tickets are available here.