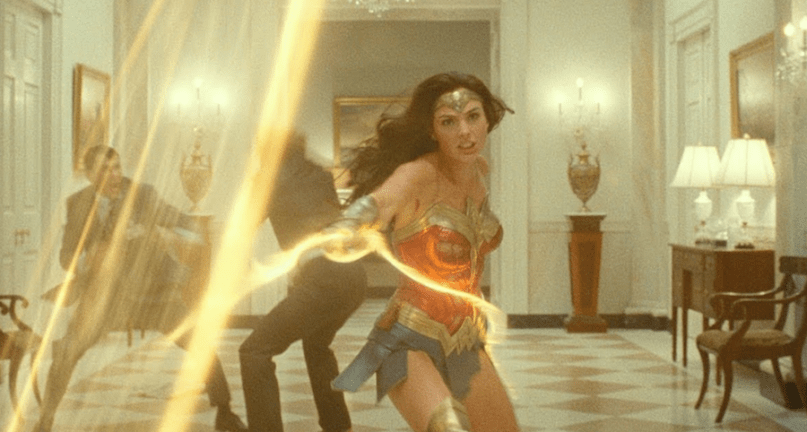 It’s been two years since we last saw Gal Gadot wearing Diana Prince’s tiara. After the film was pushed back more than half a year to give it summer tentpole status, we’re finally getting a solid look at Wonder Woman 1984 with the first trailer.

The sequel to 2017’s Wonder Woman moves the action from World War I to the Cold War. Now, an Amazonian goddess making it 66 years without so much as a wrinkle is one thing, but how in the world did Steve Trevor (Chris Pine) survive an exploding airplane and six decades without a single scratch? And on top of that mystery, Wonder Woman has a pair of dangerous new adversaries to face in archaeologist/Cheetah goddess Barbara Ann Minerva (Kristen Wiig) and the devious business man Maxwell Lord (Pedro Pascal).

The trailer also reveals a hyper-vibrant new look for Wonder Woman to go along with her impressive powers — like using her lasso of truth to swing from actual freakin’ lightning.

Check out the full trailer — soundtracked by New Order’s “Blue Monday” — below.

Directed once more by Patty Jenkins from a script she co-wrote with Geoff Johns and David Callaham, Wonder Woman 1984 also stars Connie Nielsen as Hippolyta and Robin Wright as Antiope (via flashbacks). The movie busts into theaters on June 5th.