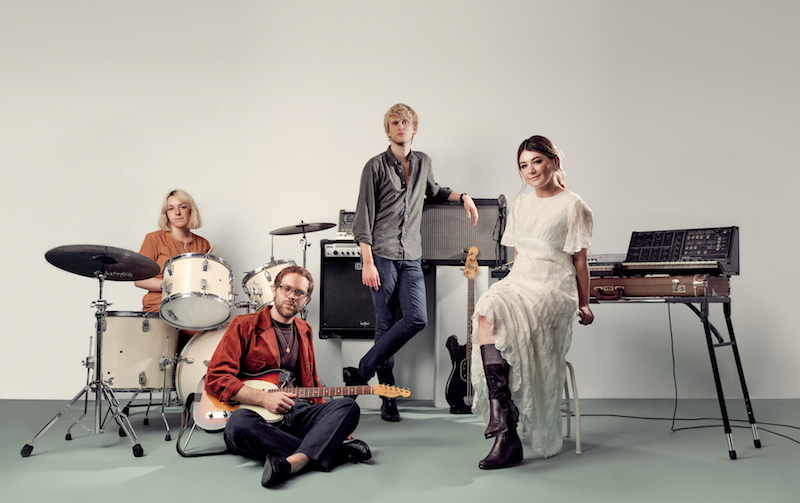 International alt-pop outfit Yumi Zouma may be based all around the world (New Zealand, Brooklyn, London), but together they have one new home. The international band has today announced their signing to Polyvinyl Records. To coincide with the news, they’ve shared the new single “Right Track/Wrong Man”. Stream it below.

The band’s latest track follows their spring standalone single “Bruise”. Mixed by Jake Aron and produced by the band themselves, “Right Track/Wrong Man” weaves in smooth-toned shiny beats throughout the group’s usual dream-pop stylings. In a press release, frontwoman Christie Simpson explained the song stems from “a place of uncertainty – of not knowing if you should stay in the comfort of a slightly unfulfilling relationship, or branch out and make the most of the youth you have left; meet new people, go out more, dance, live.”

“In the last year or so I’ve found myself switching between these modes, unable to work out what makes me happier, left feeling a little lost – but I’ve always found solace in the knowledge that at least I’ve been going out more, meeting new people, dancing – and living. As Yumi Zouma we often write songs that we want people to dance to, and that we ourselves would want to dance to – this is our dance floor anthem to the confusion of living through your twenties.”

The song comes equipped with a cream and forest green-toned music video, featuring the band modestly living it up. Check out Yumi Zouma’s “Right Track/Wrong Man” below.