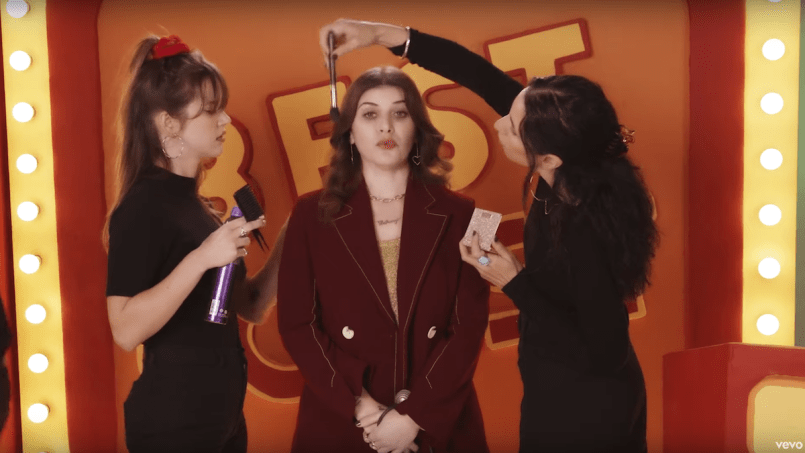 Best Coast have detailed their new album, Always Tomorrow, including its official release date of February 21st via Concord Records. What’s more, they’ve shared a new song called “Everything Has Changed”, as well as a gameshow-themed music video.

Always Tomorrow is the fourth studio album from Best Coast and their first since 2015’s California Nights, not including the duo’s childrens album, Best Kids. It’s comprised of 11 tracks produced by Carlos de la Garza and Justin Meldal-Johnsen (Beck, Paramore, M83). So far “Everything Has Changed” is the second song we’ve heard from it, following “For the First Time”.

“I hope this record helps people. It’s easier to stay comfortable in the insanity, but for me, there just came a time where I had to get off the ride. I had to look at life and ask, ‘Why am I still doing this?” Bethany Cosentino said in a press release. “This record is the story of a second chance.”

“Everything Has Changed” ushers in an era of revitalization for Best Coast. The new song reflects on all the lows of Cosentino’s past and the moments in which she couldn’t find a healthy path forward. By looking backwards, she’s able to realize how different her life is now, and how much better off she is because of it. Musically, the new song leans into heavy power chords a la Weezer with the usual casual pop twist Best Coast does so well.

In the song’s music video, directed by Ryan Baxley, Cosentino is the gameshow host at the end of her rope stuck masking her pain on air. At home, she looks around at her apartment and realizes how much she’s changed, so she breaks childhood chotskies, flips her empty ashtray, and rips up her couch. Needless to say, it looks cathartic. Fans of Vanderpump Rules are in for a treat, too, as numerous cast members star in the clip. Watch it below.

Next month, Best Coast head out on a North American tour in support of the album, including a stop at Noise Pop Festival along the way. Grab tickets to all of their upcoming concerts here.