She was assisted by Microsoft AI 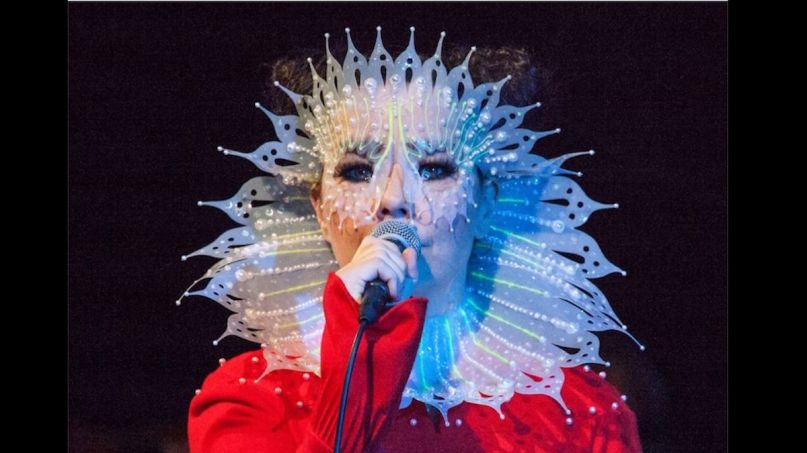 Björk has composed new music for a boutique New York City hotel lobby. The score is titled Kórsafan, and the Icelandic musician made it in collaboration with Microsoft AI tech. This sounds fake even for Björk, but it’s all very real, albeit a little futuristic.

Last spring, Björk, the Hamrahlid Choir, and director Thorgerdur Ingólfsdóttir stayed at Sister City, a sibling of the Ace Hotel chain, for a month while rehearsing for their Shed residency in Manhattan. Afterwards, Sister City asked Björk if she would want to make “a generative lobby score” to stream inside the hotel. Björk took them up on the offer by using AI tech from Microsoft to select choir snippets from her 17-year-old archives. Less than a year later, she has Kórsafan to show for her work. Stream the new music on the hotel’s website.

Curious what Kórsafn sounds like in real time? Sister City invites fans and hotel guests alike to swing by and check it out. According to a press release from the hotel, listening parties are happening on Sundays from 4:00 p.m. to 6:00 p.m. local time until February 23rd. A “special selection” of Icelandic-inspired food and drinks will be served as well.

In a statement, Björk explained that she accepted the gig, AI-involvement and all, after it was offered to her directly:

“an architectural structure in downtown manhattan offered me the hand in an AI tango and i accepted the call, i am alert with curiosity waiting the results. i offered them my choir archives, written over 17 years that will float through the pinball of artificial intelligence by the grid of bird migrations, clouds, aeroplanes and that voluptuous thing called barometer ! hudson valley happens to be one of the most bird-trafficked deltas on the planet, i know this of my own experience …. hope you will enjoy this ! warmth björk”

Björk didn’t spend all of 2019 penning hotel lobby music. She also released visuals for Utopia cuts “Tabula Rasa” and “Losss”, announced a new box set for the album featuring 14 handmade flutes, and dropped a new 12-inch with The Knife and Fever Ray. You know, normal stuff.