"I took the Red Pill," the actor joked 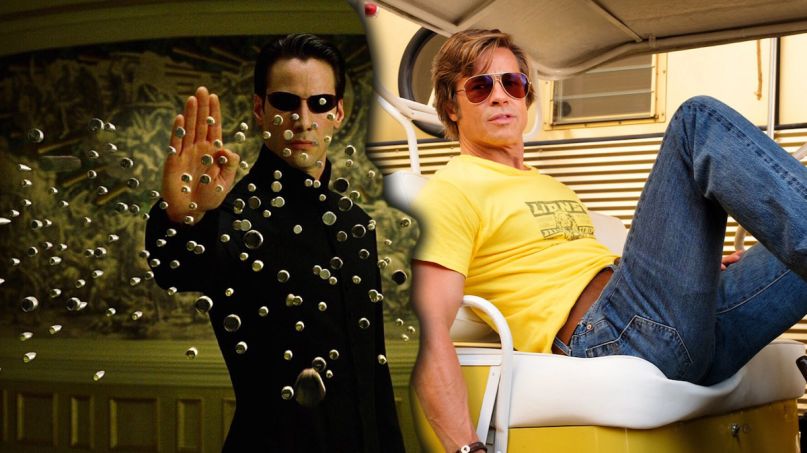 Keanu Reeves in The Matrix (Warner Bros.) and Brad Pit in Once Upon a Time... in Hollywood (photo by Andrew Cooper via Sony Pictures Entertainment)

Even if you’re one of the most acclaimed actors in the world, there’s always that one role got away. For Brad Pitt, it turns out it was the character of Neo in The Matrix.

Pitt was recently at the Santa Barbara International Film Festival to receive the Maltin Modern Master Award when he revealed the tidbit to People. When pressed about big roles he’d passed on, he gave in and shared, “I’ll give you one, only one, because I really believe it was never mine.”

“It’s not mine. It’s someone else’s and they go and make it,” Pitt said. “I really do believe in that. I really do. But I did pass on The Matrix. I took the red pill.”

In a 2019 feature in TheWrap, Matrix producers acknowledged that Pitt had initially been offered the role, but declined the gig because he was too exhausted after working on Seven Years in Tibet.

The Oscar nominee wasn’t the only one to turn Neo down. It’s well known that the part was also offered to Will Smith, who infamously passed in order to star in Wild Wild West. Ouch.

Additional actors considered for the role included Leonardo DiCaprio, Val Kilmer, Nicolas Cage, and Johnny Depp. The role was also presented to Sandra Bullock with the intention to rework Neo’s character, but that didn’t happen either. Ultimately, Keanu Reeves being cast as Neo, and the rest is history.

The Matrix just celebrated its 20th anniversary last summer by returning to theaters for a single week. It’s not just a thing of the nostalgic past, though, as The Matrix 4 is due out in theaters in 2021, with Reeves set to reprise Neo.