BTS to Ariana Grande: “Please collaborate with us!”

"She’s the one right now and she’s the best," says RM 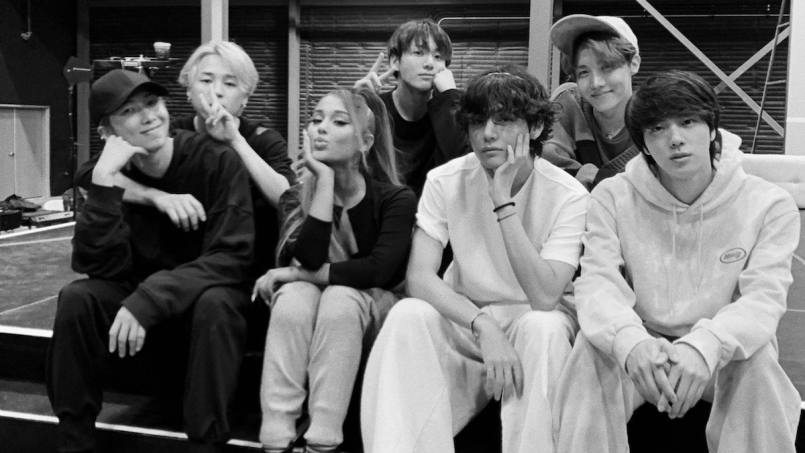 The Grammy Awards bring together artists from across the spectrum to celebrate things like Billie Eilish becoming the youngest artist ever to sweep the General Field in one night (and first female!). That can often lead to some amazing meetups, whether backstage or on the red carpet. One such run-in damn near broke the Internet when Ariana Grande and BTS shared a picture of themselves hanging out during rehearsals. If the K-pop group have their way, however, this won’t be the last time these two pop powerhouses get together.

The K-pop stars also touched on their forthcoming record, Map of the Soul: 7. “We prepared so many songs and you can hear so many music, waiting please,” said Jin said of the February 21st release.

RM added, “It’s going to be harder than before.” He also said his dream is that, on the heels of 7, he hopes to be back at the Grammys next year. “If we would be nominated here at the Grammys, it would be the greatest goal.”

During last night’s Grammys, Grande delivered a medley of “Imagine”, “7 rings”, and “thank u, next”, while BTS joined Lil Nas X and an all-star roster of guests for an “Old Town Road” megamix.

BTS, the first K-pop artists to go platinum in the US, will be back to tour North America behind Map of the Soul: 7. Get tickets to all their upcoming concerts here.

look who i bumped into at rehearsal 🙂 pic.twitter.com/7VUjB3CMLX